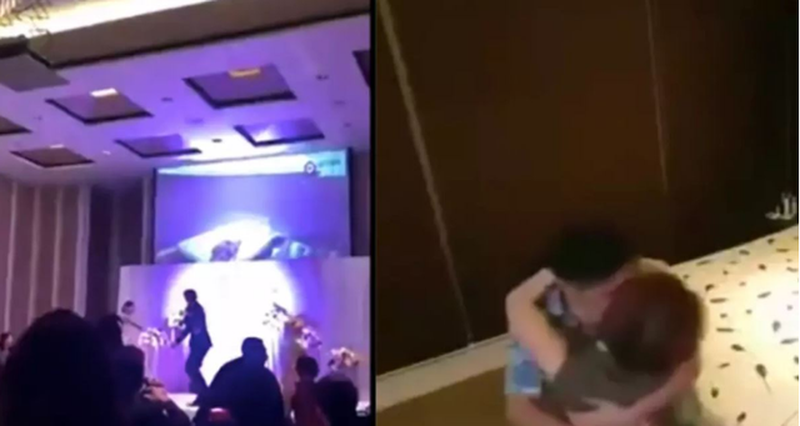 "Love and Betrayal" this is the "telenovela" that was recorded the night before in Akai, Greece, where a wedding has turned into a moment of sorrow.

"Pelop.gr" reported that during a wedding in Erymanthos, the bride was caught red-handed with her lover in the toilet of the bar where the party was taking place.

The groom is from Akai, while the bride is from Patra, but until last night no one knew that the bride had a secret relationship with another person, who was also invited to the couple's wedding.

The boy named Patrinos is a simple worker who harvests fruits and vegetables, besides this the groom knew about "friendship" and agreed to be invited to both the wedding ceremony and the reception!

The bride looked very happy and had fun dancing at her wedding at a popular banquet hall in the area. But at one point, after meeting her boyfriend, she found herself in the toilet with him.

It is also known that the groom punched the "bandil", while the couple started the divorce process.