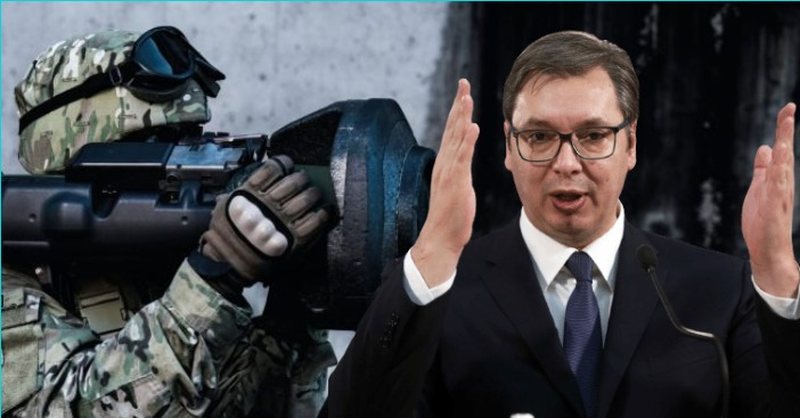 Serbian media have raised the alarm. According to them, the Prime Minister of Kosovo, Albin Kurti, held a secret meeting with the ambassadors of the QUINT countries, in Pristina, as part of his effort to gain support for membership in the United Nations. According to the media close to Vucic, one of Albin Kurti's demands was the inclusion of missiles with a range of up to 10 kilometers, in the latest package of American military aid first presented by the American Secretary of State, Antony Blinken. Meanwhile, Western diplomats have assured Kurti that they will raise these issues with the military and political bodies in Washington and London. "The representative of America emphasized that Kosovo's request to, among other things, include the defense system for the new bases in the north of Kosovo, in the military aid intended for them, it will be accepted and that the USA will supply them with three such systems". The head of the government has informed them that the Intelligence Agency has highlighted a large activity of Serbian forces "around the newly formed bases of the Kosovo Police in the north of Kosovo", adding that the intelligence services of Kosovo "assess that this is the order of the forces of Serbian security, in order for the mentioned persons to provide the exact coordinates of the bases, so that in the event of a conflict, they will become the target of the Serbian artillery". Another request, always according to the Serbian medium, was the device with the coordinates of the points where the Serbian units are potentially located. "In the end,