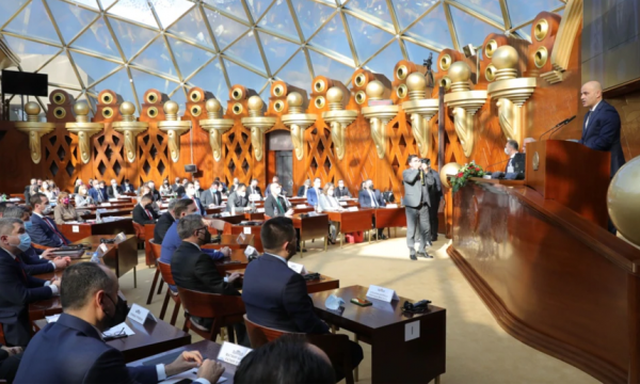 The Assembly of Northern Macedonia with 62 votes in favor and 46 against and no abstentions voted for the new Government, which will be headed by Dimitar Kovacevski.

Dimitar Kovacevski is the new leader of SDSM, who was elected in the last intra-party elections, after the resignation of Zoran Zaev.

According to the biography published on the official website of the Government, 47-year-old Dimitar Kovacevski was born in Kumanovo. He holds a PhD in Economics, an Associate Professor at the Faculty of Economics and Business Management at the American College University Skopje. He is a lecturer in undergraduate, postgraduate and doctoral studies and is the author of numerous scientific papers in the field of economics and management published in scientific journals and international conferences.

He started his career at Makedonski Telekom Skopje as a financial associate and coordinator for the regulation and harmonization of financial control (1998-2005), and later was promoted to a number of managerial positions, director of marketing and sales management (2005-2008). , Director of Marketing Communications (2008-2010), Director of Communications (2010-2016) and Director of Residential Sales (2016-2017).

He was part of the international brand committee and the international communications committee of Deutsche Telekom (2008-2016). He later became the executive director of "One-Vip Macedonia", "A1 Macedonia", part of the group "Telekom Austria" (2017-2018). It is part of the establishment of a high-tech startup company for the production and development of elements for the production of electricity from renewable sources (2018-2020).

During his professional career he has worked on a number of corporate projects to integrate business processes in order to increase the efficiency and profitability of companies. He is part of the project teams for the implementation of the integrated SAP system for the management of material and financial operations and the integrated CRM system for the management of clients.

He started high school at Goce Delchev High School in Kumanovo and completed it at Waterville Elizian High School in Moristown, Minnesota, USA. In 1998 he graduated from the University "St. Cyril and Methodius University, Skopje, Faculty of Economics, and received his master's degree from the same faculty in 2003. He completed his doctoral studies in economics at the Faculty of Economics of the University of Montenegro in 2008, where he received his doctorate in economics.

He completed his professional training at the School of Business at Harvard University in 2011, the European Entrepreneurship Colloquium at the Technical University of Munich, where he became a student of EFER EEC in 2015, the Rotterdam School of Management at Erasmus University in the Netherlands in 2016 and EADA Business School in Barcelona, ??Spain in 2017. 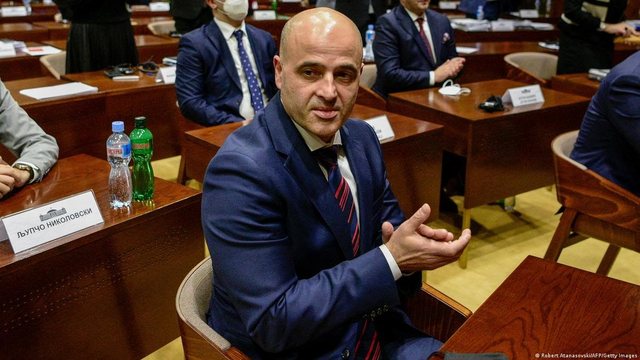