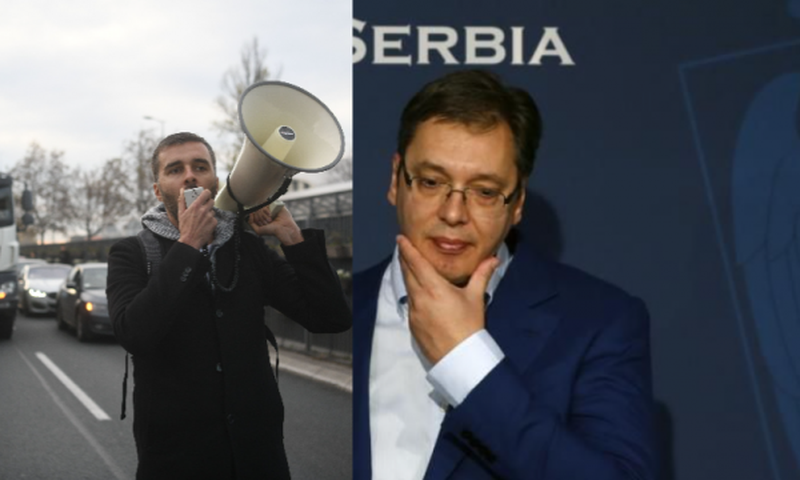 Protests were staged across Serbia on Saturday against the regime of Aleksandar Vucic. In fact, protesters are urging Vucic to repeal the recently signed referendum law in Serbia and the property expropriation law that allows an Anglo-Australian multinational company Rio Tinto to open a lithium mine in Serbia, for which environmental organizations operating in Serbia and experts there are objecting on the grounds that the environment in Serbia is being destroyed.

Serbian officials meanwhile have said that for or against this company Serbian citizens will vote in the referendum. But, this has caused great dissatisfaction in Serbia as the new law on the referendum has changed the census.

Now it is not required that 50 percent of the citizens go to the referendum for it to be valid. Vucic has denied that these changes are being made to enable the mining company to start working with the will of the people.

It is the referendum and the law on expropriation related to the lithium mine that have sparked mass protests in over 30 cities in Serbia where important road corridors have been blocked. Vucic on Saturday accused one of the organizers of the protests, Savo Manojlovic, whom he linked to the Rockefeller Foundation, from which, according to him, Manojlovic receives money.

Activist Savo Manojlovic says that I should repeal the law on the referendum, this does not cross my mind, as I have just signed it. "Serbia will not be led by either Manojlovic or Rockefeller without winning the elections," Vucic said ironically.

Savo Manojlovic, who is being accused by Vucic, has denied that the Rockefeller Foundation is funding the protests.

Manojlovic, who was born in Pristina in 1986 and educated at Harvard, said that the citizens there are doing this. Manojlovic has not ruled out that an anti-pollution project in which he is involved has been funded by the Rockefellers. / Express