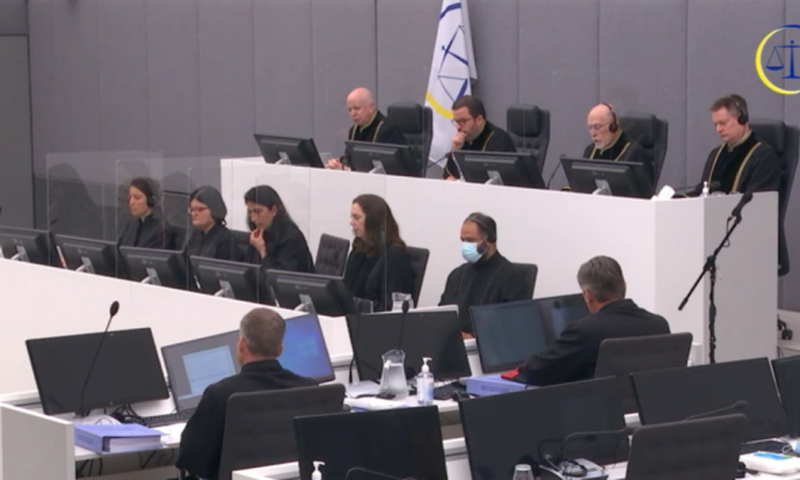 Yesterday, the decision was given against the two former leaders of the Organization of War Veterans of the Kosovo Liberation Army (OVL-KLA), Hysni Gucati and Nasim Haradinaj. It is learned that the Court in the Specialized Chambers in The Hague has found Hysni Gucati guilty of obstructing the performance of official duties of Kosovo officials, intimidating witnesses during the trial, violating the secrecy of the procedure and revealing the identity of protected witnesses. The court sentenced him to 4 years in prison and a fine of 100 euros. Also, the Court has given the decision to Nasim Haradinaj, finding him guilty of obstructing the performance of duties of official officials of Kosovo through threats, intimidation of witnesses during the trial, violation of the secrecy of the proceedings and the disclosure of the identity of protected witnesses. Haradinaj was sentenced to 4 and a half years in prison and a fine of 100 euros which must be paid by July 18, 2022. Gucati and Haradinaj were arrested in September 2020, after suspicions that in several press conferences at the headquarters of OVL- The KLA in Pristina have distributed classified documents of the Specialized Chambers, also known as the Special Court. According to the indictment, these documents, which were distributed to journalists, also had the names of potential witnesses who could testify against former KLA leaders, including in the case against former President Hashim Thaçi, former - Speakers of the Assembly, Kadri Veseli and Jakup Krasniqi as well as the former MP of the Vetëvendosje Movement, Rexhep Selimi,

Sudden weather turn! Authorities on alert, a cyclonic vortex is expected to ...