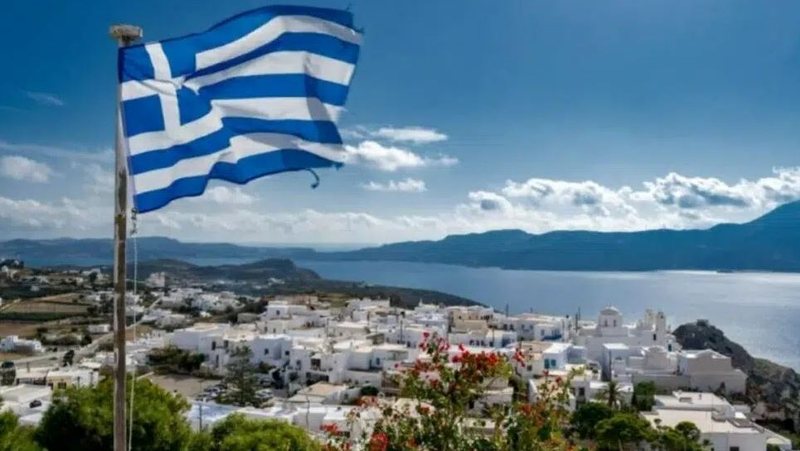 The Serbian media "Danas" has revealed sensational news about Kosovo. According to diplomatic sources, the five countries of the European Union that have not yet recognized Kosovo's independence, which are Greece, Spain, Cyprus, Slovakia and Romania, are expected to change their position, even before the deadline set by Plan 13 -points of Scholz and Macron. Danas says that sources have confirmed that Greece is currently closest to this recognition. So, the latest 13-point plan of Germany and France, about which the media write, for the dialogue between Belgrade and Pristina and the final normalization of relations based on mutual recognition, foresees that all five remaining EU countries recognize the independence of Kosovo in order for the agreement to achieve full legitimacy at the EU level.

Recognition of Kosovo from Greece

"Greece is very close, because it is currently treating Kosovo in every aspect as an independent state, and it is only a matter of time when it will do this officially", writes "Danas". According to the diplomatic sources of the Serbian daily "Danas", the Hellenic state has not recognized Kosovo until now, due to political and geostrategic interests in the region. "The main Balkan problem that Greece had, i.e. the dispute with North Macedonia, has been resolved. They have no other obstacle for the issue of Kosovo's independence, except for Cyprus". According to Dana's sources, Cyprus compared to North Macedonia is a smaller problem for official Athens, as the island is a member of the European Union. "If Greece does this, Cyprus will certainly be angry, but it will certainly not remain the only country that does not recognize Kosovo's independence. if the EU demands unity from its members on the issue of Kosovo". For "Danas" daily, the recognition of Kosovo's independence for Romania and Slovakia is an even simpler matter. "In this case, it is only a matter of time and agreement as to when Spain will do the same."

The internationals are looking for an agreement between Serbia and Kosovo to be reached as soon as possible. On the other hand, Brussels is ready to sanction Belgrade if it continues to follow the two-chair policy with Russian President Vladimir Putin. The Serbian media "Danas" has released details from the 13-point plan of Germany and France that was proposed to President Vucic and Prime Minister Kurti. In 2023, the second agreement for the normalization of relations must be signed, after the one in 2013, with which Serbia actually accepts the reality of Kosovo as an independent state, but does not formally recognize it. At a later stage, hypothetically after 10 years, when the EU is ready to expand and include the Western Balkans, the mutual recognition agreement is reached, as a prerequisite for both countries' EU membership.

What benefits Serbia and Kosovo?

As for Kosovo, it receives the recognition of five EU countries, unlocking the prospect of membership in NATO and the EU, while Serbia receives significant financial and economic aid and "will be recognized as a force that leads the region economically and politically" . It is also said that if Belgrade does not accept this plan, "economic and financial isolation" will follow, it is also emphasized that the five countries that do not recognize Kosovo will eventually leave Serbia and join other countries that do. recognize Kosovo.