What is being warned in Greece? Protests are expected throughout the day, with hundreds of police on alert 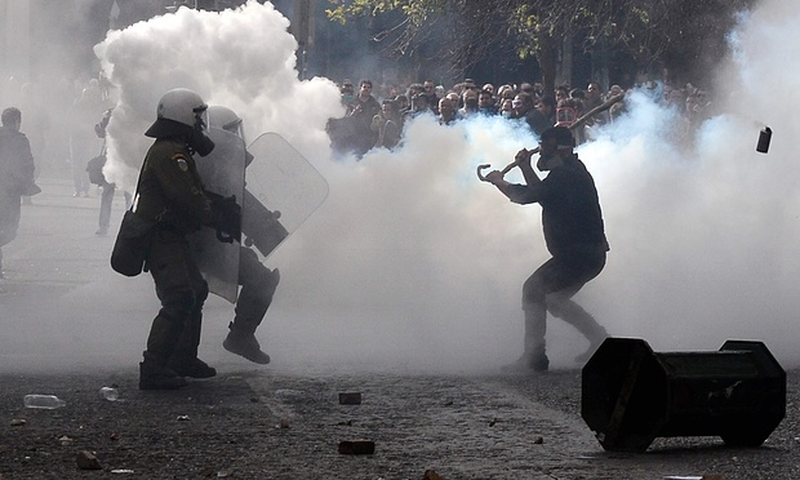 Greece today commemorates the 48th anniversary of the student revolt that was suppressed by tanks from the colonel junta. At the Athens Polytechnic since Wednesday morning thousands of citizens lay flowers and wreaths in memory of the students who lost their lives in those dark days of November 17, 1973.

Even the country’s president, Katerina Sakelaropoulou chose the morning hours to place her crown.

Among those present were some members of anarchist groups who chanted slogans against the government and the president, but the situation did not escalate further.

Greek police have alerted more than 6,000 police forces, helicopters and drones to maintain security, while many roads have been closed in downtown Athens.

Authorities in riot gear stormed a rally on Friday, removing hundreds of protesters by truck.

Meanwhile, health authorities have appealed to protesters to take protective measures to avoid the spread of Covid, as the infection figures are extremely alarming.

The day before, more than 8,129 people were diagnosed with Covid, while the Greek health system is one step away from collapse.

Shocking event / Brother kills sister and then commits suicide, some time ago they lost their mother to cancer. Witnesses uncover serious details