Unexpected! Citizen votes and then breaks the ballot box (VIDEO) 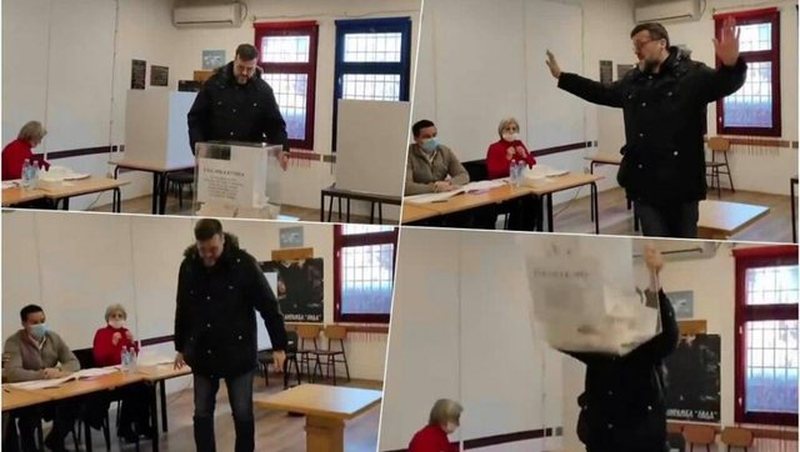 An unusual incident occurred at a polling station in the Savski Venac municipality in Belgrade.

According to a video that is circulating on social networks, it is seen how a citizen, after voting, broke the ballot box. The event happened quite suddenly and caused panic among the commissioners present.

Following the incident caused by Srdjan Nogo, a former official of the Dveri movement has been arrested.

It is learned that after being detained by the police, Nogo will be interrogated at the Prosecutor's Office within 48 hours