"Caroline was manipulated and controlled all the time" / The well-known prosecutor makes public the frightening details about the event that shook Greece, shows the isolated life of the 20-year-old before she was killed by the pilot 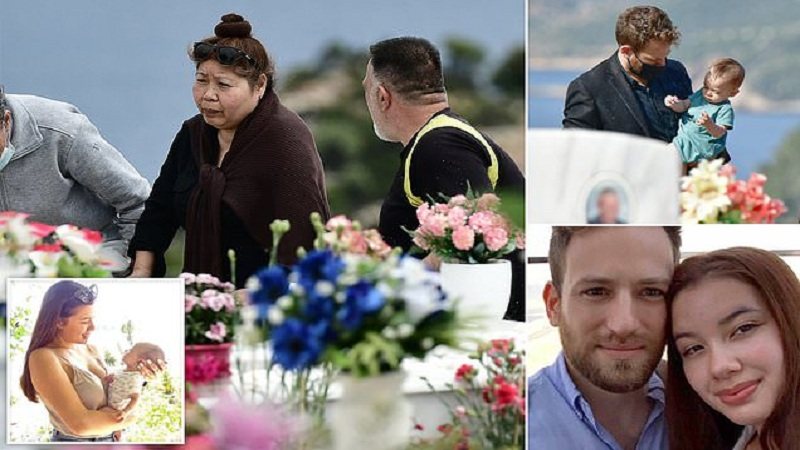 The crime that rocked Greece in May this year has returned to the media spotlight.

Prosecutor Georgios Noulis has recounted shocking facts about the brutal murder of Caroline Krauts in Glyka Nera, Greece, seeking a referral for the trial of the murderous husband of Charalambos Anagno, who executed the 20-year-old with indescribable coldness.

According to Protothema.gr, the prosecutor refers to Carolina's isolated life, while describing how he manipulated and controlled the young woman, to the point that he allowed her to use only a taxi to transport her, which belonged to a friend of his.

Initially, the prosecutor refers to the acquaintance of the couple in Alonissos, where Caroline was born and raised, and then describes the couple's marriage and the problems they encountered. Babis removed Caroline from her social activities, relationships, and society so she could manipulate her more easily.

Among other things, the prosecutor states that the couple's apartment was deliberately chosen away from the university, where he had managed to be accepted, but Caroline did not go because she was overwhelmed with housework and raising the child. Also Babis Anagnostopoulos was constantly present in her meetings with friends.

At the same time, the prosecutor states that the accused also managed her income, leaving her "in complete ignorance".

The prosecutor's proposal refers to the problems that the girl faced during the pregnancy and the psychological transitions she experienced after her daughter's health problems, which were addressed.

The prosecutor refers to the scheme he had prepared in detail to make the premeditated murder and not an accident that occurred after the quarrel between them.

It is also based on the coldness with which Babis had acted, implying that it was a premeditated murder.

Regarding their young daughter, Lidian, custody was finally entrusted to Caroline's parents.