"January 21", Ngjela sure that Berisha was with a Kalashnikov in his hand, Artan Hoxha reveals the details of how 4 protesters were shot 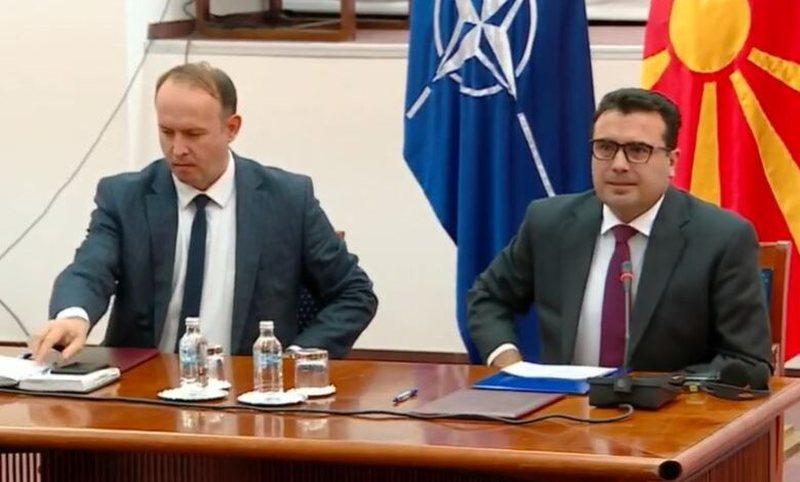 Prime Minister Zoran Zaev and the chairman of Alternative, Afrim Gashi, signed the official agreement for Alternative to enter the government.

Prime Minister Zaev said that this agreement is signed to have a political stability to open negotiations with the EU, reports "Alsat".

"We signed the agreement to have a stable majority in parliament and in government. This is what the citizens ask of us and we achieved it. This agreement is in the interest of the citizens. "We agreed that at this moment it is very important to have a guarantee that the country will move forward and have continuity to open integration with the EU to continue talks with Bulgaria and the fight against anti-virus," said Zaevi.

The chairman of Alternatives, Afrim Gashi, said that the parliamentary majority has increased by 4 deputies and that it has reached 64 deputies. According to him, the decision aims to bring the country out of the economic, energy and health crisis.

Gashi unveiled the 9 points of the Alternative program that he signed with Prime Minister Zaev:

-RMV will work hard to open negotiations with the EU

-The government will fight corruption in the country

-The government will define the law on bailiffs

-The government will raise education to the highest level

-The government will undertake not to increase the price of electricity

Beatrix was eliminated last night from Big Brother's house. In the studio she lo...

And who does not remember the evening show by Dajana Shabani, a program where it...