Member of the Presidency of BiH: The path followed by Dodik leads us to the conflict, is following the ideology of war criminals 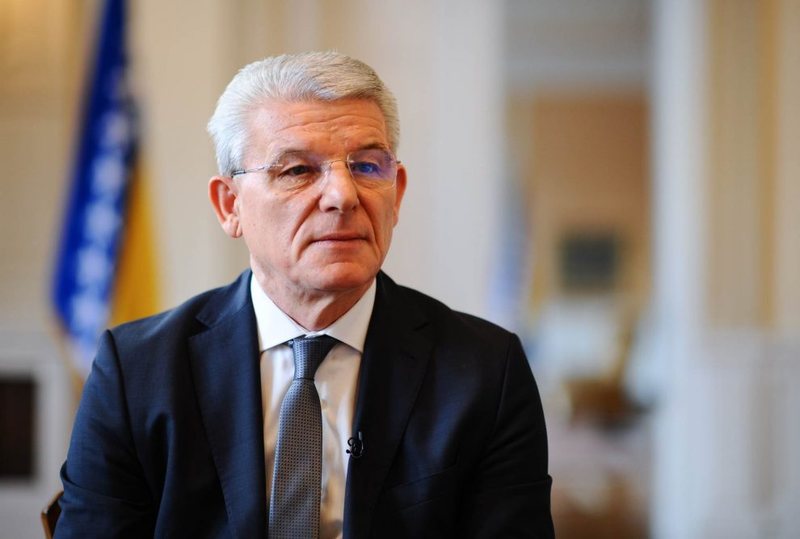 The behavior of the Serb member of Bosnia and Herzegovina's three-member presidency, Milorad Dodik, has sparked resentment both within Bosnia and internationally. Another member of the Bosnian presidency, Sefik Dzaferrovic, has described the situation in BiH as the biggest crisis the country has been facing since the signing of the Dayton Accords on December 14, 1995. Xhaferrovic accused Dodik of learning nothing. from history and called for more intensive engagement of the international community in BiH on the occasion of its unconstitutional actions. He said that Dodik is following in the footsteps of war criminals and that the strangest thing is that he does not even try to hide such a fact. "Dodik does not even hide that he continues the ideology of convicted war criminals Karadzic and Mladic and inherits the idea of ??a Greater Serbia. "We will never allow the level of reforms achieved to collapse or any part of BiH to secede," he said. Dzaferovic has even warned that if the same path that Dodik has already taken is followed, Bosnia and Herzegovina is very close to starting a war. "All those who attacked the state of BiH ended up in The Hague and in the trash of history. That is how Milosevic, Karadzic and Mladic ended up. "That is how Dodik will end," said the member of the Bosnian Presidency. In a request to the international community to intervene to alleviate the situation, Dzaferrovic clarified that the lack of action by the international community could encourage Dodik and his criminal behavior.

Referring to the Bosnian media, the German state is in the process of discussing to impose sanctions on those who have influenced the creation of a tense climate in the region and the creation of a political crisis in Bosnia and Herzegovina. According to Klix, the report of High Representative Christian Schmidt, the sanctions refer to Milorad Dodik and all those individuals and companies that financially or otherwise support destructive policies. The US envoy to the Western Balkans, Gabriel Escobar, also spoke about the sanctions. He said that sanctions are on the table and that they apply to individuals, but also to companies. It is unknown at this time what he will do after leaving the post. As it is difficult to expect a consensus of all EU members, it has long been the most likely option for states to impose sanctions individually. It is clear that sanctions will be imposed in the first place by the US and that the UK will be the first to pursue them, which is clear from the messages so far from those countries. However, it is increasingly likely that other European Union countries may follow suit. And that is exactly what will be discussed these days in Brussels. Germany is the one that started the process on Wednesday and what conclusions will follow should be clearer in the middle of the month, when the foreign ministers of the European Union will discuss the situation in the Western Balkans and consequently in Bosnia and Herzegovina. What is clear is that every step will be negotiated in detail with the United States. The next steps for sanctions will depend on the framework set after Escobar's visit to Sarajevo, but also on Derek Chollet, the Secretary of State's special political tasks specialist, who will soon visit BiH. The KP reported that in the previous period Brussels was also visited by the American diplomat James O'Brien, responsible for the sanctions process, which is undoubtedly one of the topics in US-European relations.

As soon as the plenary session started, the Assembly immediately dismissed the Minister of Agriculture and the Deputy Minister of Education and Culture.