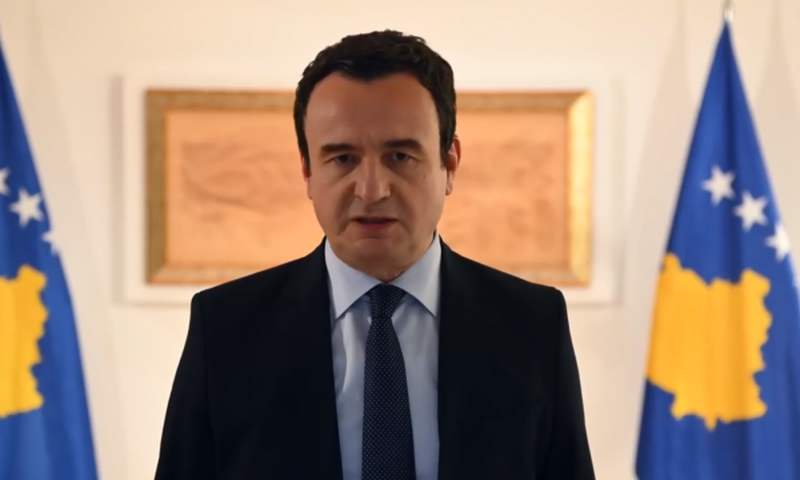 Last week, Prime Minister Albin Kurti gave several interviews to various international media. What made the most noise is the interview given to the German newspaper Frankfurter Allgemeine Zeitung. This is because of the parts that the author of the interview, Michael Martens, had chosen to publish on Twitter before publishing the full interview.

The statements about which there was a lot of noise are those for which Martens quoted Kurti, that "the American ambassador has more information" about the situation in the North and that he compromised on the license plates since Hovenier had warned him that the situation in the north of the country may deteriorate irreversibly.

However, the Kosovar media report that none of these statements of Kurti are found in the full interview with Kurti that was published yesterday in FAZ.

Regarding the removal of these parts, the author of the interview himself, Martens, has spoken, who stated that he removed those parts because he had to shorten the interview.

"I had to shorten the interview a bit, because we couldn't publish it in full and I removed some things", said Martens.

Meanwhile, he explained this by the fact that he writes for the German press and that such details are unimportant to them.

"I do the interviews for a German audience and not for an Albanian audience, and when I was faced with the idea that I should shorten it, then I decided to remove that part because it is not an important issue for the German audience", he added further.