1 million euros would be the reward / New details are revealed for the scary scene, Vuçiç would be killed by a…! The person who ordered the assassination was the president ... Here is the plan for the elimination, the Serbs are looking for this well-known name 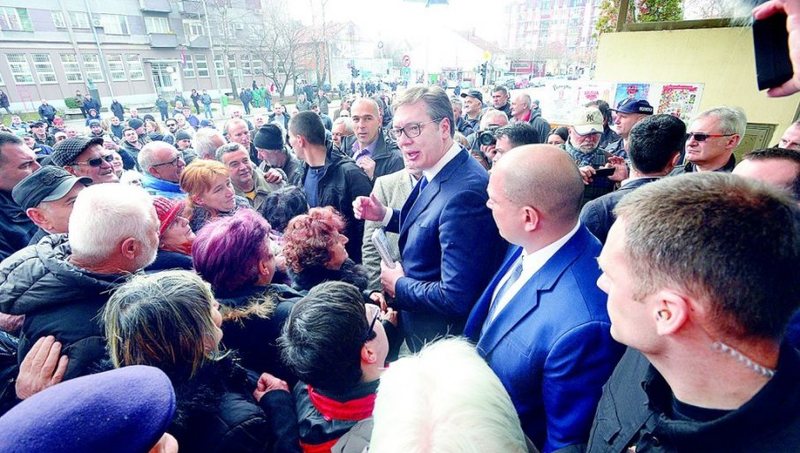 1 million euros would be the reward for the assassin of Serbian President Aleksandar Vucic next February, just during the start of the election campaign. Serbian media have investigated the information about the assassination, learning that a professional from Chechnya has been hired for the assassination of the President of Serbia. The name has not yet been revealed but the executor is a professional killer with extensive experience in the wars his country has gone through and with unprecedented precision in the use of the sniper.

Chechnya, was employed by one of the leaders of the "Kavaç" clan, Radoje Zvicer, known by the nickname Miki Plavi Debeli, who is on the run. But the Serbian authorities are asking for it. There are suspicions that he may have fled to Latin American countries, but it is thought he is actually safer in Montenegro. This is also because it is guarded by the rival group that will execute it.

"Switzerland is hidden not only by the police, but also by members of the rival group, who have been keeping it under control for a long time. When he escaped the trap in Kiev, after leaving the hospital, he returned to Montenegro. It was the safest place for him. From there he managed cocaine smuggling. "There he had the protection of the top of the state," the source told Serbian media.

The alarm for the assassination of Vucic was issued by Europol on January 14 for the Serbian authorities, which have taken measures. Meanwhile, it is suspected that the mastermind of the assassination was Montenegrin President Milo Djukanovic, who is working closely with the fugitive leader of the Kavac clan, Switzerland.