The election of the new President of the country, Alibeaj reveals the only condition he has for the SP: This is an issue that no one can understand to understand! 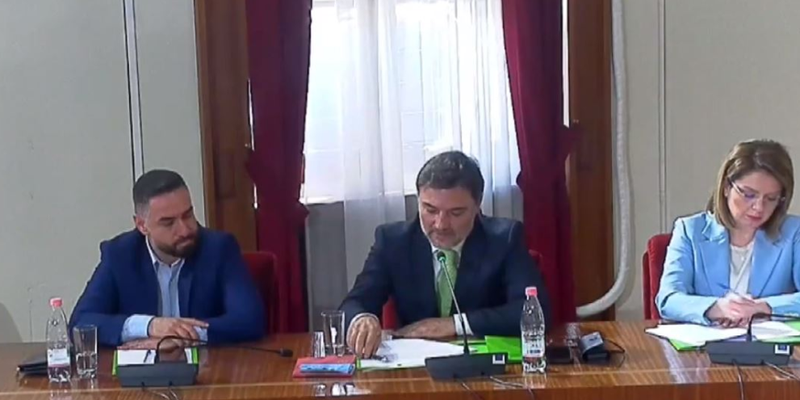 The head of the PD parliamentary group, Enkelejd Alibeaj, unveiled today the only condition for the majority for the election of the new president of the country.

Addressing Taulant Ballës, Alibeaj stressed that the process for the election of the new president should be completed by the third round, excluding the fourth and fifth. According to the constitutional changes in 2008, in the last rounds the majority elects the head of state with its votes.

"The right to propose belongs to the opposition, point. This is an issue that no one can understand. Do you accept this clause for the sake of the constitution? The other one at all costs has not been placed there in vain. Because only in this way is a president given who enjoys the support of all political parties.

The only process, the only constitutional clauses are those set out in the first three rounds of what happened in 2008. The fourth and fifth rounds can only be explored in a case where the opposition boycotts the process. We are participating in the process.

The first word you have to say is that there is no fourth and fifth round. That is the guarantee. While you always repeat it if you want come on, otherwise we have 4 and 5. You will create a process where the president is not a product of games or behind the scenes, accept this, 4 and 5 you do not explore. Which means that until the third round we must necessarily have the president ", said Alibeaj.