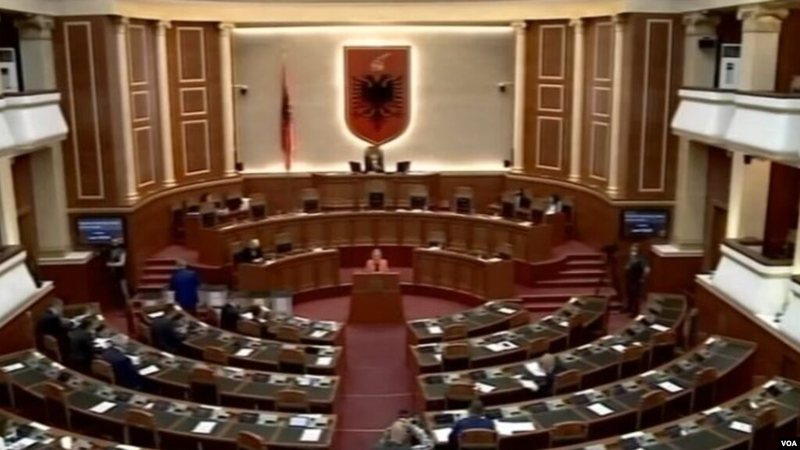 In Albania, the parliament voted today in favor of setting up an investigative commission which will evaluate the request of the socialist deputies for the dismissal of President Ilir Meta. For the ruling majority, the head of state has "seriously violated the Constitution" by his involvement in the election process for the next parliament in favor of the oozi and the statements that, according to the socialists, have incited hate speech and violence. Immediately after the vote, President Meta announced that any product of a fictitious and illegal parliamentary process does not deserve attention and is null.

The Socialist initiative received the support of 97 deputies, while only 6 others were against. Prime Minister Edi Rama was absent from today's session, who had warned of such a move against the president a few days before the April 25 elections. The chairman of the socialist parliamentary group Taulant Balla, listing the reasons for their request, explained that "we are not seeking the dismissal of Ilir Meta because we have a specific interest in who will be Ilir Meta's successor or that we want to appoint a proposed President from U.S. Stay calm. This is not our goal at all. The procedure for the dismissal of Ilir Meta is an obligation both moral and constitutional of the Assembly, to remove the shame from himself and from the name of Albania an hour ago and to leave the shame at the door to the one who has it ".

According to Mr. Balla, “Ilir Meta in the office of President of the Republic of Albania has lost the role of representative of national unity and moderator of the political conflict, on the contrary with his messages to the public in the period before and during the election campaign has shown that his political line is "Clearly, against the ruling majority and the people who support it."

The investigative commission for the dismissal of the Head of State, seems to be the commission with the shortest time limit, only three weeks, at the end of which it will have to draft a report which is subject to a parliamentary vote. The dismissal decision is then sent to the Constitutional Court, which is expected to have the final say.

For his part, the Head of State reacted through his spokesman Tedi Blushi, shortly after the vote in the parliament hall, stating that “the institution of the President of the Republic will not recognize any unconstitutional and illegal activities or activities of the incumbent Assembly, as well as decisions of every other puppet institution of this kleptocratic regime. "Any product of a fictitious and illegal parliamentary process, which contradicts the principles and values ??of our democratic society, does not deserve attention and is null and void," he said, adding that President Meta will exercise full responsibility, as he has done so far. now, all its constitutional functions until July 24, 2022, and will not tolerate any kind of intimidation of the Institution of the President by the local, regional and international mafia "./ voa