It becomes clear what Agron Gjekmarkaj said about Sali Berisha at the group meeting in the blue headquarters: I have met my whole life 3 times! Here is what will happen if he gets the Democratic Party 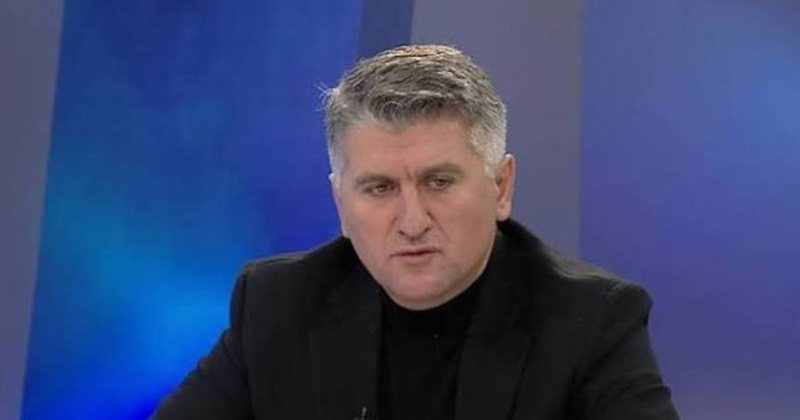 Democratic Party MP, Agron Gjekmarkaj stated today at the group meeting at the blue headquarters that former Prime Minister Sali Berisha should have left politics since 2013, while emphasizing that he is using harsh and outspoken language towards the leader of the Democrats Lulzim Basha.

"I never manage to be neutral in the events of this country or in the events in PD! Not that I do not want to be, but I can not be, logic does not let me, because I have a judgment. We are talking about union! Where is the union? How is it achieved? With prayer? We spit as if we were gluing two pieces of paper! I have met Sali Berisha three times all my life but I have 30 years of respect for him! Yes, yes respect! But I agree with Flutura Açka when she talked about 'Berishism'! We are dealing with a political, historical and cultural phenomenon. This definition does not mean that we are dealing with a negative phenomenon, no no, 'Berishism' like any phenomenon has its positive and negative sides. But today he is past! For me, it would have been optimal for Doctor Berisha to leave in 2013, 2017, 2021, but he did! Now he is using an old, outdated language, to get out of the drawers of the past, aggressive and destructive! Please, dear colleague, if you think that Lulzim Basha is a hostage, tell him in the eye, if he is, just as much if you consider him 'beseprere' or something else! Berisha has moved the problem from the origin from where he was born! The announcement of non-women from the US is ignored as if it were not the problem and there is a focus on the problems of the PD these years!

The DP really has problems in the quality of thought, in the way it works, in my judgment without claiming to be better than you, and I have not hesitated to say these things publicly and I will always say them. But this is not the essence! If Basha did not make this decision where would we go? If Basha left and someone else came, how would he solve it? If the pulpit elects a president, with America how will it solve it !? The DP had an ultimatum that was in danger of taking over! I am not against Sali Berisha, but the perspective she offers as a movement! How do I say these things to please Basha, I do not know how to hold critical attitudes towards him and I will keep them, but this is my truth as I perceive it and that is why I want to say it. I had so much! ”, Gjekmarkaj is said to have said in front of the Democrats.