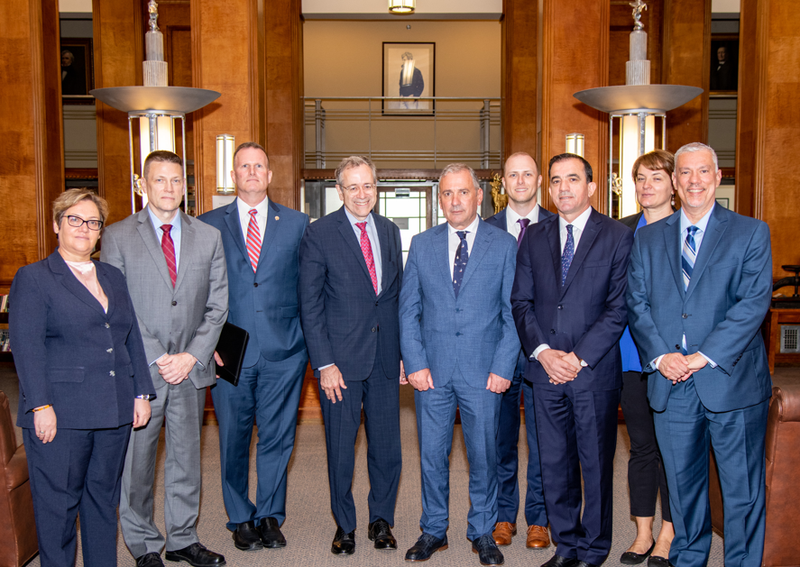 The Special Structure Against Organized Crime and Corruption is receiving instructions from the US, which seems determined to bring to justice powerful "big heads" who have so far been untouchable. SPAK's most important trio is in Washington for a visit to the Department of Justice. The newspaper "Sot" revealed details from the last meeting of SPAK and BKH with senior American experts, which led to the imprisonment of high-ranking corrupt officials. Ministers, vice-ministers, heads of municipalities and high-ranking officials have been sued many times, but they have always kept quiet. But SPAK seems to have started to strengthen its ranks, since the fight against corruption is being strongly assisted by the USA. In the focus of this meeting with the US justice system,

The strong American signal to the Albanian rulers

The American prosecutors who appeared at the last SPAK meeting are experts in the most problematic areas in Albania where high officials are implicated, such as health affairs, money laundering, public corruption, and property theft. According to sources, some names are linked to criminal groups and have money hidden abroad. There are some well-known names in all areas of politics who have money in fiscal havens and the internationals have discovered them in the framework of the investigations that have been done there for certain issues, especially regarding organized crime. The largest files are undoubtedly related to international criminal networks, which has led to the establishment of joint investigation groups. SPAK was set up with the help of the US and the Americans are investing a lot.