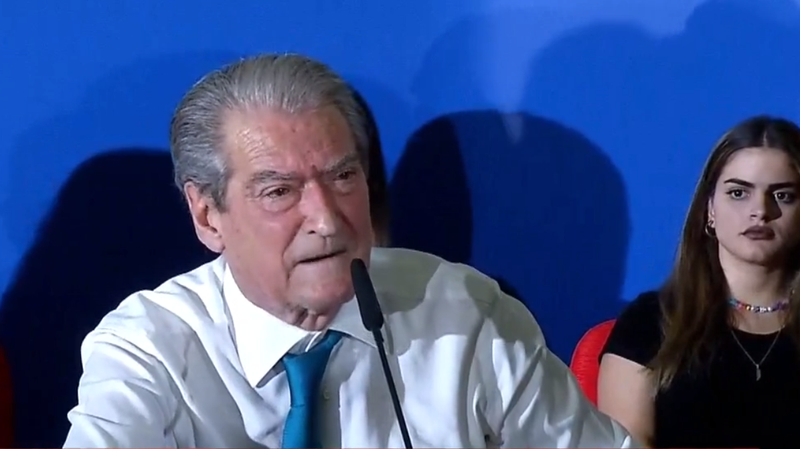 Through a Facebook post, former Prime Minister Sali Berisha has reacted regarding the murder of a police officer by a 21-year-old in Lezha.

Berisha writes that Saimir Hoxha was killed by the narco-government drug gangs.

Tribute to police officer Sajmir Hoxha. He fell on top of the task! He was killed by the narco-government drug gangs! Friends, today at the age of 44, the police officer of the Lezha police station, Saimir Hoxha, took office. Sajmiri was killed by government narco-gangs. On this occasion I express my deepest respect for the work, his sublime sacrifice in fulfillment of duty and my deepest condolences to Sajmir's family, friends and relatives. Friends, Police Officer Sajmir Hoxha was checking for drug parcels on the Island of Lezha and was shot dead by drug dealers guarding these plots planted with the direct encouragement of Edvin Drugs, who for electoral purposes vowed to legalize the planting of Cannabis as a medicinal plant. He thus encouraged the multiplication of planted areas but also of armed drug gangs linked to the narco-state narcotics government and its jellyfish leader. Therefore, I say with full conviction that the killer in the background of Sajmir and many others is the narco-state itself.

Liberation Long speaks without gloves: The Constitution is made like those patched pants