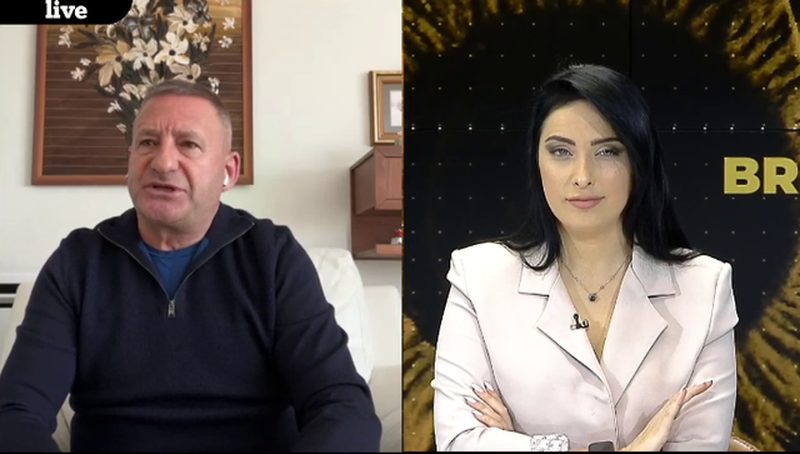 The chairman of the Christian Democratic Party, Nard Ndoka spoke about the visit of President Erdogan to Albania. Ndoka said that Erdogan's visit was chosen exactly on January 17, which coincides with the day of death of our national hero Gjergj Kastrioti was a violation of the history of Albania.

"With that neo-Ottoman movement, he drafted such policies of vassality and Albania was undoubtedly one of his projects. This was also what Erdogan achieved with our servile policy and our natural earthquake disaster. He chose it with details and a symbolic date, he had open tendencies.He would benefit that there would be growth in his Anatolian Turkey.Erdogan comes and introduces a radical support, he also dresses his wife to have a support.For them we have to be clear the EU gave 1.2 billion euros, some of them donations, there is no leader to turn the gift into a symbolic personal, at a time when it is an investment that passes nothing without bank issues ", said Ndoka.

He announced that Erdogan violated the protocol as he did not prefer to meet with the president of a counterpart country, avoiding the meeting with Ilir Meta.

"There are many details, they are historical, he tried to rape us in our history. For 25 years Gjergj Kastrioti fought and that is where the battle was won, and there Hamza Kastrioti was captured, the symbol of betrayal, who was sent to Naples to "He chose exactly this symbolism. Erdogan had 365 days to choose. , stressed Ndoka.

He further stated that the Gulenists are not terrorists and that he also expressed that the American secret services, which have refused to hand over the leader of the Gulenists.

"Erdogan gave an ultimatum to Rama, he has problems with the Kurds and he used genocide against them. These models served Rama, who copied some of them. These direct pressures, which I really say I gave these apartments, about 420 million euros , who takes back the money himself, because he built it with Turkish companies and workers, we must be clear that 42 million euros is the cost of 2 km of ring road, so we could build it ourselves and not become his vassals, which puts conditions on us to either hand over these Turkish citizens who are role models in respecting the law, but Sultan Erdogan comes and says that it is a criminal organization, but that in fact it does not turn out to be the case even in the US reports and in the American secret services, "The Americans have handed over their leader to Erdogan," Ndoka said.

Who will be the new president? The well-known analyst reveals the decision taken by Prime Minister Rama