Erdogan's visit on the same date as Skanderbeg's death, the government reacts 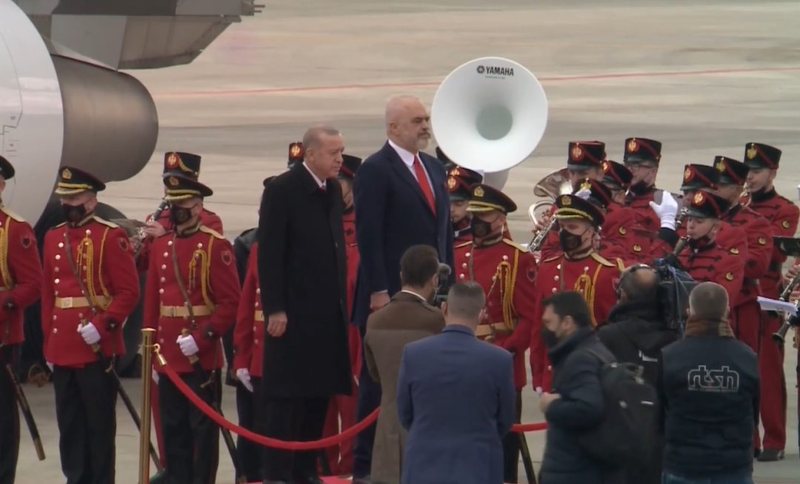 Today, Turkish President Recep Tayyip Erdogan visited Albania, where he participated in the inauguration of 522 new apartments in Lac, built for families damaged by the November 26 earthquake 2 years ago.

But Erdogan's visit coincided with the 554th anniversary of Skanderbeg's death, so this was seen as a provocation to Albanians.

Asked by VOA whether or not such a coincidence was a problem, government spokesman Endri Fuga described the question as "at best - careless - and at worst - provocative - because there is no connection between The Republic of Turkey and the sieges of Kruja or between the resistance of our National Hero Skanderbeg and today's Turkey, which is a member of NATO, a strategic partner country of Albania and a good friend in difficult days, as shown by the invaluable support for recovery after the earthquake tragedy.

Therefore, the problem in this case is not the visit of the President of the Republic of Turkey, but such connections that are completely unrelated, which inadvertently incite hatred between peoples ", said Endri Fuga.