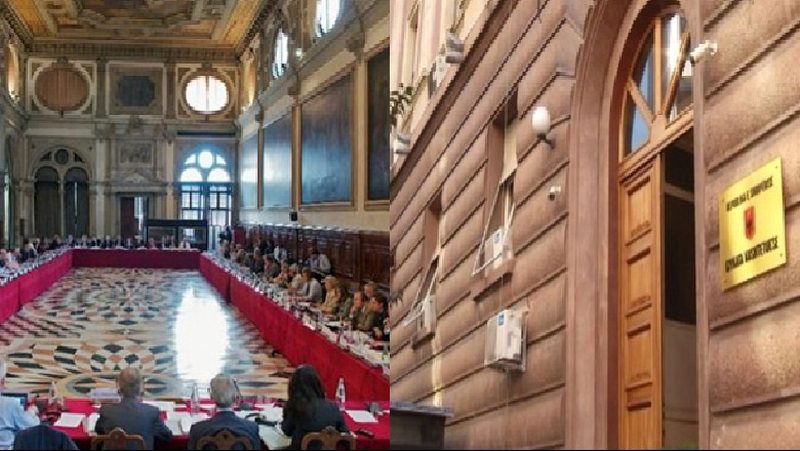 Last night, the preliminary opinion was revealed, which will be discussed today. The first question of the Constitutional Court was whether Article 131, point 1, letter "e" of the Constitution could be interpreted if the Constitutional Court has jurisdiction to assess the constitutionality of the electoral process. Venice has stated: "The Venice Commission is of the opinion that municipal councilors and mayors are" officials of the bodies provided for in the Constitution "within the meaning of Article 131 (1) e) of the Constitution. However, the jurisdiction of the Constitutional Court does not include reviewing the validity of local elections. "This does not prevent the Constitutional Court from exercising its control over the electoral legislation." The second question that the Constitutional Court addressed to the Commission was: "Given the principle of periodicity of local elections and that of political pluralism are provided as basic constitutional principles, what would be the relationship between them in a situation where there is a risk of violating each principle? Which principle would prevail over the other? ” To this question, the rapporteurs in their draft opinion have answered: “The principles of election periodicity and political pluralism are unlikely to conflict with each other, as they are expressed in very different types of rules. Pluralism may be a legitimate aim to intervene in periodicity, but for that intent to prevail, the interference must have a legal basis and be proportionate. Parliament has a wide margin of appreciation to decide on providing a legal basis for postponing elections; in the absence of such a basis, the Constitutional Court may consider the postponement as unconstitutional ”. The third question that the Constitutional Court addressed to the Venice Commission was: “In a situation of a climate of legal uncertainty, has the conduct of public authorities and political parties violated the right of voters to have a meaningful choice? "Did they have to ensure the highest interest of the voters?" Venice states: “Therefore, it remains the co-responsibility of public authorities and the entire political spectrum to restore trust in Albanian institutions and in the electoral process. This implies the responsibility of all these stakeholders to promote political dialogue between all political forces as well as between national institutions, such as the Central Election Commission, inter alia. It also means restoring a meaningful choice for voters. "All these elements are pre-sine qua non, but non-exclusive, preconditions for democratic elections."