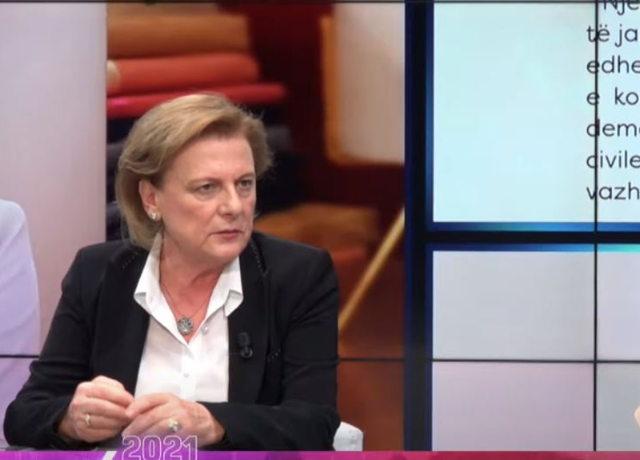 Valentina Leskaj, economist who has been part of the Parliament for many years, has recently published a book entitled "Politics as an idea". The former SP MP, among other things, in the book gives concrete proposals for solving some of the big problems that, according to her, the country is facing today. One of them is depopulation.

Leskaj says the latest data show that 19 million people or 6% of the population have fled the Western Balkans, but the difference is in the way countries cope with the population leaving the country and moving within the country.

"The damage done by reducing the population is very great. It is not a problem to be solved and the damage will take a long time to recover. Packages are needed and I have some concrete proposals for solving the problem of fertility and immigration. In recent years there have been some positive initiatives that help in this regard such as the bonus baby, but that is a little. The last proposal for 5 thousand euros for each emigrant who returns is a good idea but does not provide a solution to the problem ", said Leskaj for Euronews Albania.

"We must curb the decline in fertility, which does not come only from emigration. Immigration is at a young and reproductive age and births will automatically decrease. The problem is that we have a decrease in the birth rate of the population that lives in the country. This comes down to many factors, not just age factors that people marry at an older age not just divorce factors that have increased that have gone up to almost 20%. We are a society that has low fertility that we have not had before, then we must find the social causes related to this ", concluded Leskaj.

April 25 elections, Paloka: The feeling of 1991 has returned to me, we must fight to the end