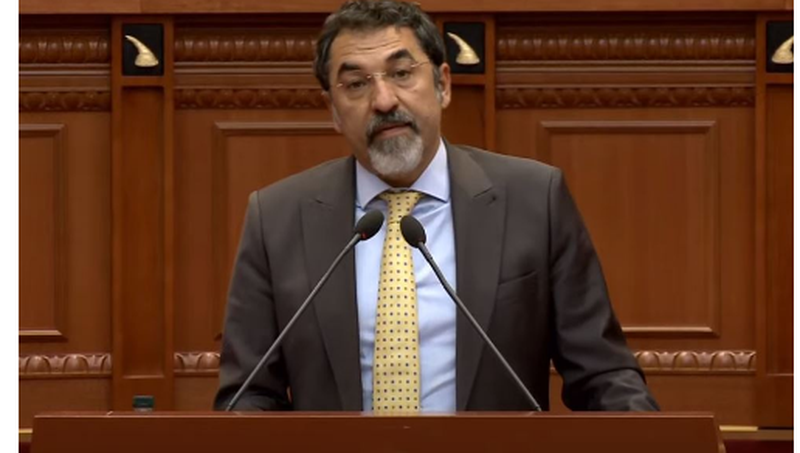 Minister Bledi Çuçi presented the agreement with Northern Macedonia.
Çuçi: "As you announced, Madam President, there are two agreements that are being discussed and the second agreement that is being ratified today between Albania and Northern Macedonia has to do with the joint establishment of the border crossing point. It is an agreement that facilitates the passage of citizens between the two countries, as well as goods and services. At the same time, it improves the conditions for a more intelligent control of border crossing points, bringing it closer to the standards of the European Union. This agreement was initiated and coordinated between the parties taking into account the increased flow of people and goods between the two countries.

The agreement is based on agreements that we have with other countries and is prepared in consultation with the PAMECA mission in our country. "