Tritan Shehu accuses the government: We have passed 16 thousand deaths, here is what will happen if we continue like this 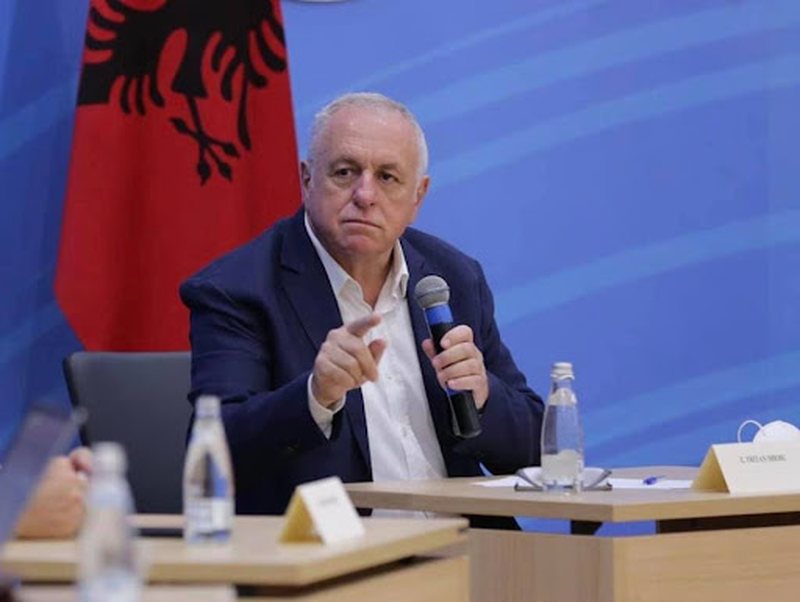 Democratic Party MP Tritan Shehu has accused the government of mismanaging the situation of Covid 19, while calling its incompetence a crime. Shehu says that the figures are tragic, while he writes that 16000 life losses have been recorded in the country and if according to him this situation continues, the figures will increase during the winter.

Covid, we are facing a crime:

While the Albanians are dying in the majority, this Government continues without its responsibility and without its ability, this is a crime!

The Covid indices of these days (I speak only for official figures), are tragic:

1-During this period we are on average 10 deaths per day, with a frightening tendency of decreasing age.

So we are at 3.5 deaths per 1 million inhabitants.

In Italy, over 500 thousand tests are performed or close to 8 thousand per 1 million inhabitants.

3-In Albania, about 550 positives are diagnosed per day, with a positivity of 16%.

And to be convinced that in fact these figures for us are several times higher, as the mortality numbers came out, which exceeded 16 thousand, because:

a) The reality is being deliberately hidden, if not by reporting the underlying disease, but the complications and this is a criminal offense.
b) Without the possibility of primary service to follow outpatient.
c) From "illegal" hospitalizations in peripheral hospitals still blocked, with the consequence of not declaring the true diagnosis of fatalities.
d) From the very small number of tests, where their reported positivity speaks of a catastrophic situation, etc.
This is because the Albanians have been left to the mercy of fate by this Prime Minister and Government:

—In terms of vaccination where we rank well below the world average with 31.5 people fully vaccinated per 100 inhabitants.

And most of them with uncertified Chinese or Russian vaccines.

While Italy has reached 83% of those fully vaccinated.

—To not start vaccination with real vaccines of those to whom the uncertified ones have been applied.

—For any measures taken to reduce the age of vaccinated.

—For not starting the third dose.

If we have lost 16,000 lives so far, you can be sure that this figure will continue in the coming months will be much higher.

What will be discussed? After the meeting with Rama, Erdogan receives Vucic in Ankara, this is what the Turkish media write