"Traffickers are using a new method", Klodiana Lala reveals new details: The fight between criminal groups is done to control ...! Cocaine is hidden in garbage cans 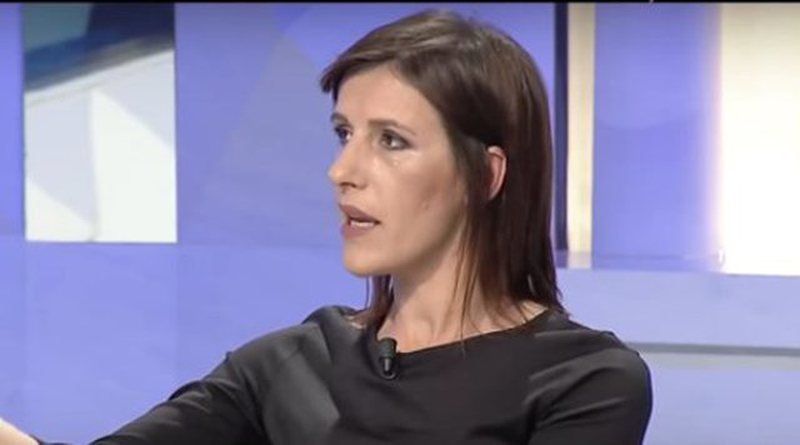 Journalist Klodiana Lala spoke today on a TV show about the amount of cocaine seized in the port of Durres.

Klodiana Lala said that the fight between criminal groups is over who will have control over the port of Durres, while revealing some details about cocaine trafficking activity. The journalist pointed out that the maintenance workers are supervised by the police because, in the yellow garbage bins, packages of cocaine are hidden.

"According to the information I have, there are suspicions that traffickers are using a new method through drones. They are setting up drones and managing to get the amount of drugs. It is not known what drones they are, but the idea is that many quantities deal with drones. "All drug stories in Albania have never gone to high levels and those who are considered cocaine bosses have not been affected," said journalist Klodiana Lala.

Excerpts from the studio conversation:

Butcher: I think we have a big barrier set up by internationals. In Albania we have seen the results of operations.

Karamuço: In the case of coal we are in front of a specific one, because the bags inserted inside the coal must have two shapes. In the case of Albania, I do not know why the controlled delivery method was not used. There is an interesting fact that we do not have rigid detection equipment.

Butcher: Cocaine palm oil has arrived in Albania, in Fier. We do not know what happens to the domestic market, we are stuck with hashish, but what happens to cocaine, is there a consumer? if cocaine was considered elite, it is no longer so. In areas if we can call them poor there are cocaine distributors. We think it is for transport, but we also need to understand the domestic market. In Ecuador the authorities were aware of how the drugs were extracted, they have information on how the cocaine comes out. It is difficult at the moment to smuggle cocaine through the ports because there is increased control in Colombia. There is a method called ship quarantine.

Lala: The biggest question is who controls the port? We have also had people killed, the fight between criminal groups is over who will have control over the port in Durrës. So through those yellow bins that take out the garbage, inside of them there are packages of drugs, cocaine and the focus of the police is to supervise the maintenance workers at the port. This brings us to another point where the groups of Elbasan are connected? In Brazil and Colombia.

He took two journalists to "re-education", Rama praised himself from Amsterdam: I am a fighter, I cannot remain silent when I hear idiotic statements!