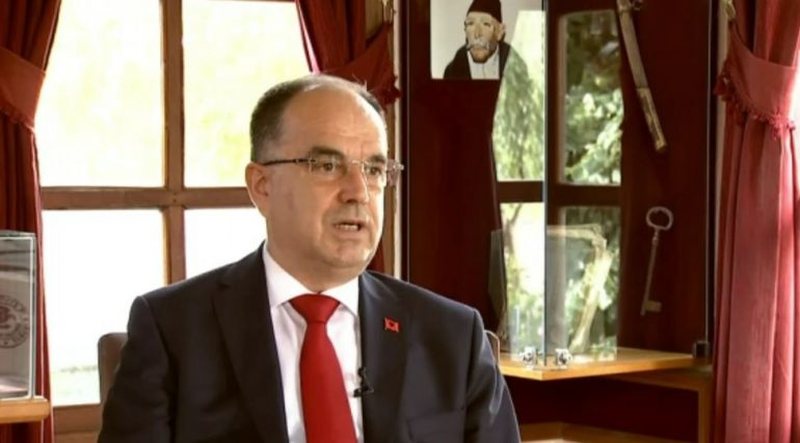 President Bajram Begaj spoke this evening on RTK in Kosovo regarding the clashes in the north of Kosovo, evaluating the position of the Kosovo government during the tensions created on July 31.

Begaj said on RTK that at this point Serbia does not promote peace and acts as if it is neutral. He emphasized that in this clash, the war in Kosovo should be taken into account to understand that the step should be thought twice before producing a new conflict.

"There was no idea of ??certain thoughts about a nation an attitude. Nationwide approach was discussed. We must have the same attitudes on certain issues. There is always room for cooperation. I will propose the issues related to the position of the president of the republic.

The crisis situation of July 31 was really serious. I thank the state of Kosovo for the prudence shown in resolving this conflict. The decision-making of the Kosovo government showed prudence on its part. I believe that with the support of those we have strategic allies. The USA and the EU will guarantee that the status of Kosovo is inalienable. We are on the side of Kosovo and I believe that the right path is dialogue with Serbia to achieve permanent peace", said Begaj.

Begaj also spoke about the Open Balkans initiative. "We should not analyze rhetoric about national issues. We are in the time of modernism. Violence will not be accepted under any circumstances. Violence brings misery. The messages will be clear to ensure that anyone who promotes violence will be punished. Serbia does not promote peace but is removed and looks like it is neutral but promotes instability in the north of Kosovo.

I think he should be taught a lesson that the signed agreements should be implemented. The right path is towards advancement with the mutual recognition of the two countries. We must be patient. We must fight to keep the peace. Peace has no price. Serbia knows very well what it means to open a new conflict front. The events in Ukraine should make us think twice in case of a new conflict.

If the Open Balkans will be an initiative in the comprehensive plan and with the participation of the 6 countries of the Western Balkans that will make possible the free exchange of goods, I say that it is very appropriate. I know that Kosovo and Albania have different positions on this matter, but this brings diversity", he said.