"On Sunday we bring change" / Basha from Shkodra is expected by hundreds and thousands of supporters for the end of the campaign: It will be the biggest and most beautiful victory of all Albanians 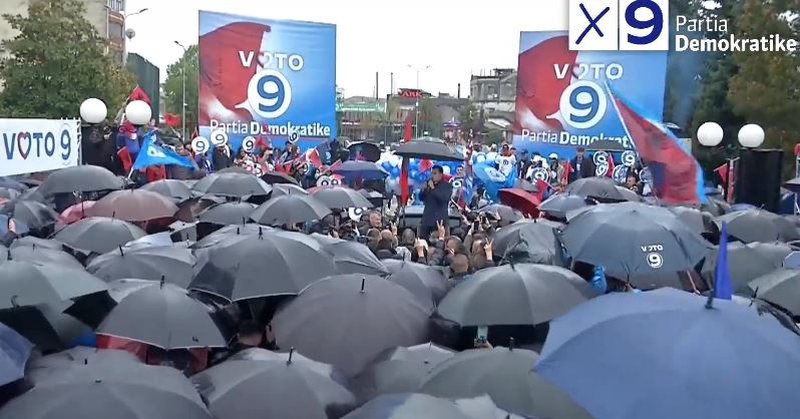 From the city of Shkodra, the Chairman of the Democratic Party, Lulzim Basha said that this Sunday will bring change in Albania. In his speech before the supporters, Basha said that April 25 will be the biggest and most beautiful victory, as it will be the victory of all Albanians.

"Sunday's victory will start from Shkodra, will start from the highest peak of Kelmendi and will go down to the southernmost tip of the country. This will be the deepest and most beautiful victory, because it will belong to every Shkodra resident. It will belong to all Albanians without exception. 8 years of nightmares and unfulfilled promises, poverty, oppression, corruption, gangs will end.

This energy will be massively poured into the ballot boxes. You have led the change and you will lead the victory.

There is no Albanian who does not know anymore, that the only way to change is the mass popular vote by voting number 9. Eight years of failure will get the answer in the ballot boxes.

"There is no force to stop massively in the ballot boxes on Sunday by voting number 9", said Basha.