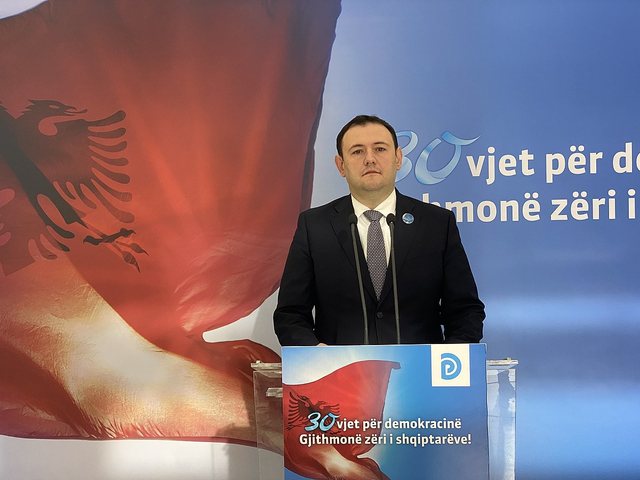 While the Democratic Party has filed charges for using personal data of the e-Albania portal on behalf of the Socialist Party campaign, today the member of the Democratic Party leadership, namely IT coordinator, field expert in this party, Endri Hasa, has admitted publicly, in a live interview given to Top News that e-Albania collects data that is actually owned by other institutions, denying the statements of his own party, which claims that the data that have appeared in the media are found in one institution alone, in e-Albania.

One of the questions of the journalist was: “I want to ask you as an IT coordinator with the experience you have, these data that are alleged to have been obtained in e-Albania, can also be found in medical clinics, postal services, service companies different? So, where is the fact that these data came from e-Albania? ”

In response to the question, Hasa clearly stated: “ID number is used everywhere. I do not allude at any point that this data is found only in one institution, even more so knowing personally how e-Albania is built, I also know the fact that e-albania collects data that are owned by other institutions. The portal itself does not do what data sharing is or not. The portal has an interface for citizens. The data is endless, I do not believe we are addressing a source. "What we focus on is the use of any information that the state has for
electoral benefits."

Question: "So you do not see e-Albanian directly responsible in this matter?", Hasa replied: "It is the civil status, it is the taxes, it is a series of institutions that administer the data. At the moment that you do not have a concrete reference to whom this number belongs and how it is related, I can not technically talk about where this number came from ", explained the IT coordinator in PD.