The meeting with the former president Meta, the reaction comes from the US embassy (Details) 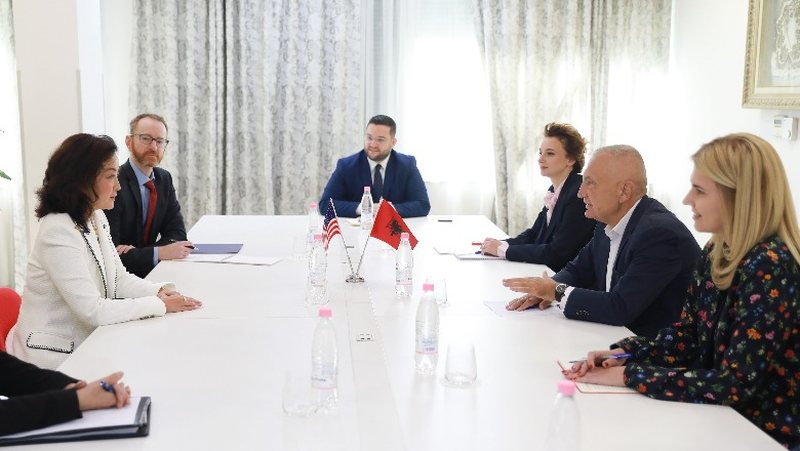 The Ambassador of the United States of America, Yuri Kim, underlined today that the Albanian political parties should engage in dialogue for integration and democracy in the country.

In a post on Twitter, the embassy announced that this meeting of Kim with Meta was a continuation of her meetings with political leaders.

"The ambassador of the United States of America, Yuri Kim, met today with the chairman of the Freedom Party, Ilir Meta, as part of her ongoing meetings with Albanian political leaders. She reiterated the need for political parties to unite to engage in constructive dialogue that strengthens democracy, fights corruption and advances Albania's negotiations for full membership in the European Union," the American embassy writes.