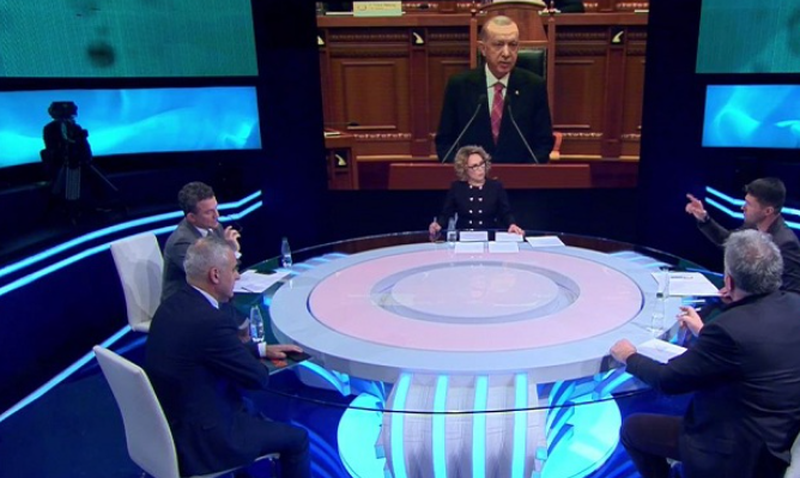 Opinionist Berat Buzhala last night offended the guests of the 'Open' show while commenting on the official visit of Turkish President Recep Tayyip Erdogan to Tirana.

According to Buzhala, Serbia has invested more than Turkey in our country, while it has been opposed by other participants.

Berat Buzhala: I am talking in numbers, I am not talking with my hands in my pockets like you.

Dritan Hila: Do not give me CNN, give me institutions, because you brought us the CNN of Bosnia.

Berat Buzhala: Why are you getting nervous.

Dritan Hila: We offended you. Refer to a State Institute of Statistics.

We recall that the visit of the Turkish president brought many reactions in our country, positive and negative.

During his stay of about seven hours, Erdogan signed seven agreements with our country, while he also participated in the key distribution ceremony of apartments in Kurbin, rebuilt after the earthquake of November 26, 2019 that shook the country and the Et'hem Bey Mosque in the Square. "Skënderbej".