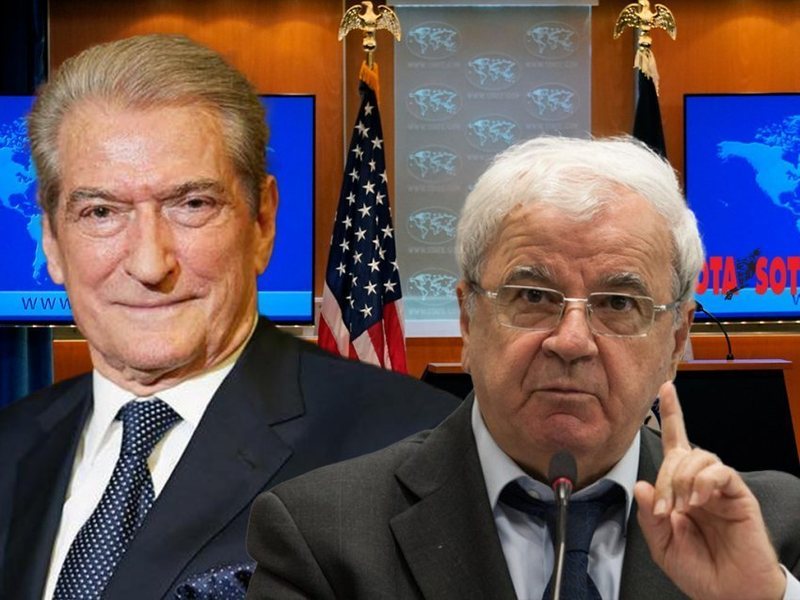 The Ambassador of the United States in Tirana, Yuri Kim, was not so active a year ago for the Independence Day of Albania. Because on this holiday she spoke with superlatives about Albania.
Po Saliu? He listens, but in the rostrum he does not say in favor of Albania what Yuri Kim also articulated.
He hears them; and is shy. Why? That the ambassador, as it seems, is saying: you Sali can not say these words so high for Albania, that they do not leave you.
Why? Because, apparently, the Americans are on the verge of denouncing the documents against him.
l.
This kind of diplomacy is by no means accidental. The ambassador was everywhere, and everywhere she spoke about Albania and America. No American ambassador has spoken like that; but even the ambassador's texts are not simple.
It raises Albania and friendship with the United States. But, within her texts, there seems to be more than that.
Why this sudden pro-Albanian explosion of America? Why these very expressive photos of Ambassador Yuri Kim, with the Albanian national flag and great historical figures?
But, there is more, because these are also related to the greeting of the President of the United States of America, Joe Biden, who talks about Albania and, within his text, he also touches on the fight against state corruption in Albania. So what is this?
Why, was not corruption in the text of the act nongrata as the main motive of the legal act of the State Department against Sali Berisha?
Then?
Maybe this is showing that Sali Berisha is close to criminal prosecution.
ll.
Ambassador Kim also makes such a connection.
But the ambassador, in her greetings has as subtext the national figures who have clashed and lost their lives from Serbian aggression. Coincidence to be this?
Now then; what do these have as subtext?
Nothing else; but the fight against high corruption in Albania.
But; It is proven that this high state corruption in Albania has had widespread support in the money of Serbia.
And there are many Albanian rulers who have been paid by Beogeadi, in the last thirty years. And these days, top American politics, indirectly, seems to be caste-minded about it.
lll.
"Albania has the protection of America," US leaders said in their Independence Day greetings; and Albania has recently been introduced as a member of the UN Security Council. Do you understand how much Albania has risen internationally?
And again it should be noted that; what stands out in the holiday wishes; that is, in those that came from Washington, the current high state corruption is always mentioned.
Therefore, sticking to this fact; we say again that this is showing us that we are at the time when SPAK will start the anti-corruption criminal crackdown.
IV.
But with whom will the criminal strike begin? Because the arrogance of high state corruption in Albania are numerous in number?
This should be seen when the first one is hit.
And it seems that, that day, is very close.
Anyway we are reasoning with logical sense about what high American politics unfolded, when, in all congratulations on the holiday of November 28, it touched the anti-corruption war.
Therefore, according to all of the above, we finally have to ask once again: are we exactly at the time of launching the criminal crackdown on corruption in Albania?
According to my reasoning, given in this article, I think we are exactly at the time when the anti-corruption criminal crackdown will begin at very high levels of Albanian politics ...

Local elections, here is the formula that the CEC will follow for the separation of commissioners, a new conflict is expected between PD and LSI

Criticism of the new court map, the HJC plans to introduce online trials, there will be no presence of prisoners in court