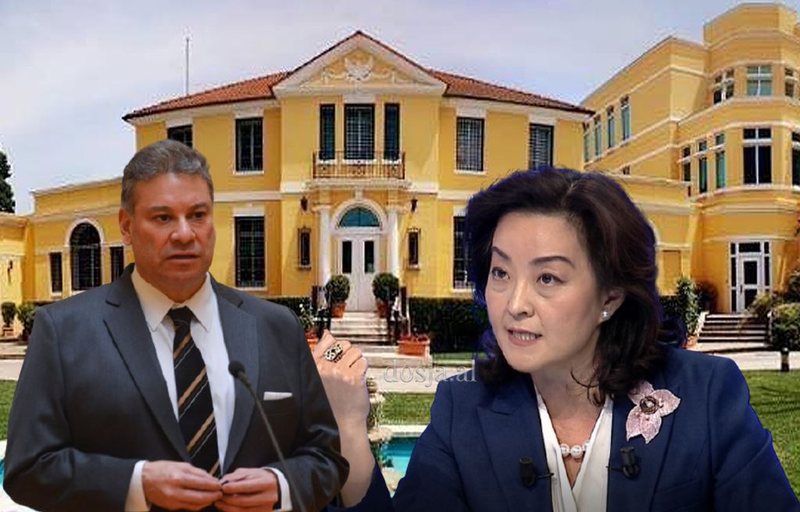 The United States seems determined to fight corruption and organized crime in Albania, and even throughout the Balkan Peninsula. Yesterday, the US imposed sanctions on Zvonko Veselinovic's group for organized crime in northern Kosovo, while this decision was welcomed by the US Ambassador to Tirana, Yuri Kim. The latter has reacted on social networks and while distributing the statement of the US State Department, emphasizes that the US government will intensify the steps to hold accountable all those involved in corruption. Diplomat Kim even has a warning for the corrupt and undermining of democracy, telling them now is the best time to stop. "Ahead of Anti-Corruption Day and Democracy Summit, US Treasury, OFAC released the new designations. Following President Biden's executive order, the US government will step up steps to hold accountable those involved in corruption or undermining democracy. Names like this sometimes take years to build, but when they do they are devastating. "If you are involved in corruption or trying to undermine democracy, now is a good time to stop and consider the consequences," wrote US Ambassador to Tirana Yuri Kim.

Blinken: The US will stop the corrupt with impunity

Furthermore, the US Ambassador in Tirana, Yuri Kim, yesterday distributed on social networks a message from the US Secretary of State, Antony Blinken. In his post, Antony Blinken states that the US in cooperation with its allies in the world will stop the corrupt and the unpunished from acting longer. "By working together we will stop corrupt actors from acting with impunity. The State Department reaffirms its commitment to all those working to build transparency and accountability worldwide. Congratulations to our champions Anticorruption 2021 ", says Blinken while posting the map with some of the partners in the fight against corruption, writes Ambassador Kim.

Escobar is coming to Tirana today, here are the details

But as official Washington has intensified the fight against organized crime and corruption in the Balkans, Deputy Assistant Secretary of State for European and Eurasian Affairs Gabriel Escobar is expected to arrive in Tirana today. The newspaper has learned that the American official will initially meet around 11:00 with the chairman of the Democratic Party, Lulzim Basha. Then, around 15:00, there will be a meeting with Foreign Minister Olta Xhaçka, while at 17:00, there will be a meeting with Prime Minister Edi Rama, without the presence of the media. So, the fact that the diplomat Escobar will meet the first leader of the Democrats, Basha, is also an open support that the Americans give to the leader of the Democratic Party, thus giving the next "slap" to Berisha. This means that Mr. Escobar's visit two days before the Berisha Assembly, is a strong message to the latter. It is also learned that the Special Envoy for the Western Balkans, Gabriel Escobar, is expected to issue a series of strong messages and warnings for the corrupt, as today is also the International Anti-Corruption Day.