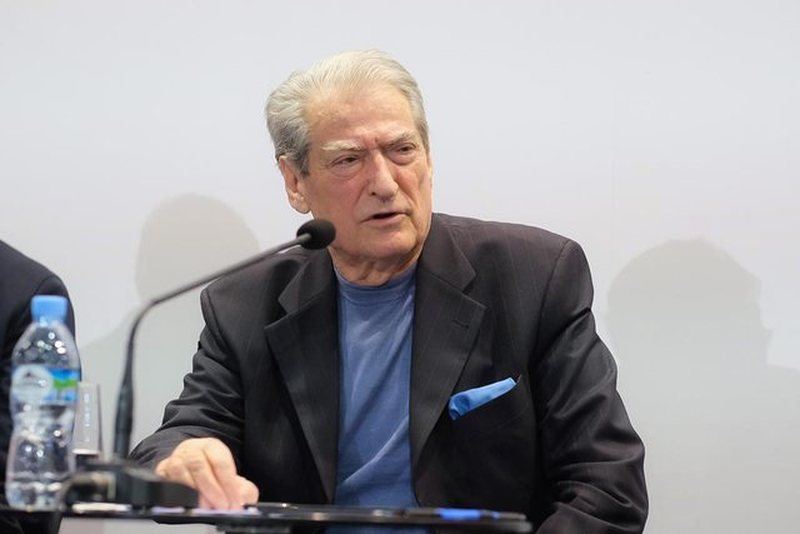 The chairman of the Democratic Party, Sali Berisha, has invited all Albanians to go to the square on December 6 at 12:00 to protest against the government and Prime Minister Edi Rama. Former Prime Minister Berisha during a meeting with residents of unit 5 congratulated the EU-Western Balkans Summit to be held in Tirana, saying that from a strategic point of view this gives a fatal blow to the Russian-Serbian initiative of the Open Balkans.

Berisha also showed two sides of the coin, first he said that the protest of December 6 should be taken by EU leaders as a greeting for them, while the other side of the coin is that the opposition is in the square to protest against Rama.

"On December 6, all the leaders of the EU member states and those of the Western Balkans will gather here in Tirana. This is an honor for Albania is a geostrategic selection of historical importance, with which Europe tells Putin that Albania is our territory and forget if you have other ambitions

This strategic summit is in the major interest of the Albanians and gives a fatal blow to the project of Vucic, Rama and his vassal in Skopje, the Open Balkans project, a Russian-Serbian initiative. Even in this context, the summit is very welcome.

Why will we be on the 6th in protest? I invite EU leaders to take this as a salute and tribute to them and their values. But this is one side of the coin. The other side is that we are in the square to protest against the sworn enemy, Edi Rama and his regime. We are not hiding anything here, on the contrary, we are coming out on the 6th to tell the EU leaders that this does not represent the Albanian people and that this is an enemy of democracy, an enemy of free voting. In the entire history, the future of Albanians has not been stolen more barbarically than Enver Hoxha and Edi Rama. On December 6, whoever calls himself Albanian, whoever feels himself Albanian, he cannot be anywhere else but in protest against Rama and his clique in power", said Berisha.