Sali Berisha issues the warning and takes the picture in the middle of the Assembly: I am coming 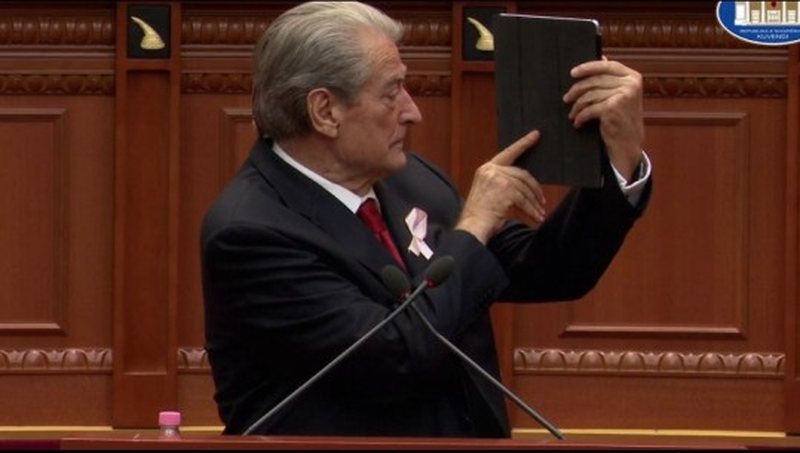 Sali Berisha from the floor of the Assembly has published a survey, which according to him shows the support of the citizens for him.

In this survey, it can be seen that between him and Edi Rama, the citizens supported the leader of the DP the most.

Berisha said that the opposition will come as it is moving confidently towards victory.

"The lady said you will come. Here is the last one, we will come.

"Here is the last one. The opposition marches confidently towards victory. Yes Yes. You are not temporary at all, you will be gone before you remember."

"Those who tax the business with 225 lek per kilowatt, the church, the mosque, the mosque, owe 200 million dollars to DSO. It is terrible abuse. Churches, mosques, the poor and bakeries pay these for you." Berisha said.