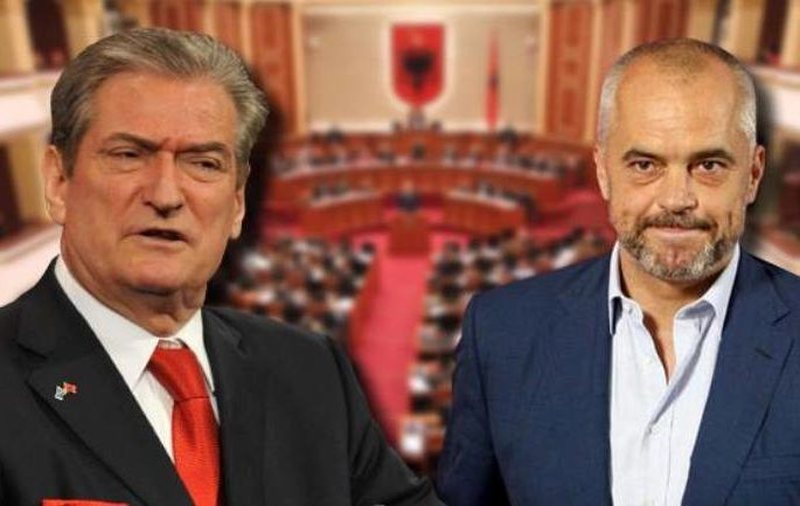 The former Prime Minister of the country, Sali Berisha, through a post on the social network has indicated that Edi Rama has ordered the placement on the stage of the Theater of one of the most terrorist acts of the class war "Prefect".

Berisha emphasizes that: The pseudo-work "The Prefect" is the model of extreme collaborationism of the persecuting pseudo-writers who as real criminals turned their creations into instruments of persecution and psychological torture, into a real machete of the class war.

Edvin Kristaq Koleka brings back to the stage the acts of psychological terror of the class war!
Dear friends, in the context of the rehabilitation of the terrorist terrorist literary heritage of the class war, Edvin Kristaq Koleka has ordered the staging of one of the most terrorist works of the class war "Prefect". In this work, the author with the sword of the class war brutally attacks with real names men, women and children of the honorable family of Qazim Mulleti, whose members besides the prisons and concentration camps of the Hoxha dictatorship faced the psychological terror of the workers' propaganda of regime as characters of an inhuman pamphlet.
The pseudo-work "The Prefect" is the model of extreme collaborationism of the persecuting pseudo-writers who, as real criminals, turned their creations into instruments of persecution and psychological torture, into the real machete of the class war. The staging of this black act by order of Edvin Kristaq Kolekës is a serious insult to the civic and human conscience of Albanians, it is a kick on the suffering, sacrifices, martyrdom of the nation's elite and tens of thousands of Albanian citizens for high human values and divine experienced the savage communist ordeal, it is extreme cynicism, inhuman act, flagrant violation of human rights and deification of the carnage of the class war in the aftermath of which the chief Enver Hoxha took tens of thousands of innocent lives.
Expressing my full solidarity to the descendants of the honorable Mulleti family, I call on artists in the name of human dignity, human rights to refrain from interpreting the roles of a work that was used as a party weapon to terrorize members of a family. honorable and elite of the nation. I also condemn with the utmost severity as a classicist act, shameful and inhuman the return to the stage of the prefect of the savage war of the classes of the Hoxha dictatorship by the bastard of the Hoxha blockers, Edvin Kristaq Koleka. sb