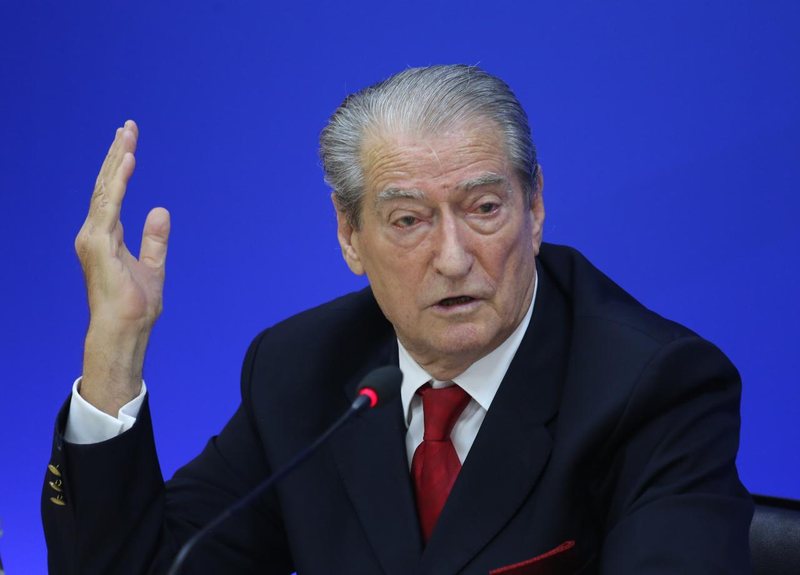 The General Director of the State Police, Muhamet Rrumbullaku, called several representatives of the DP to a meeting to clarify the reasons for the rejection of the request for a protest in front of the Prime Minister's Office on December 6. Rrumbullaku has given the reasons for rejecting the request for the December 6 protest, called by former Prime Minister Sali Berisha, as well as where the security perimeter will be. But in the meantime, the plans of "Foltore", which is moving all the stones, until luring the militants with lek, to join the protest called by Sali Berisha on December 6, have also come to light. It is known that, afraid that the protest would fail, although he does not have a permit, Berisha ordered his lackeys to throw money, paying with every protester, including transportation, sleeping in hotels and food. At the end of this meeting, the legal expert at "Foltore", Çlirim Gjata emphasized that the protest is a constitutional right and that the protest will be peaceful. "So, as you know, a few days ago we asked for an opposition protest on December 6 at 12:00 p.m. This request has not been fulfilled because they want to change our location for security reasons and we discussed this today", he said.

But the insistence of the police not to open the way seems not to have deterred Sali Berisha, who yesterday described to the media as "magnificent" the protest called on December 6, the day when the European Union summit will be held in Tirana. Western Balkans. Even though the police did not accept the request of "Foltores" to protest in front of the Prime Minister's Office, due to the security perimeter, Berisha said in a loud voice that "they will not release the Boulevard". "The European leaders are not like Edi Rama, they were elected by free vote. They know that the free vote decides everything. Everything is in the hands of the protesters and organizers. We don't release it on the Boulevard", he declared. On the other hand, yesterday during a meeting with democrats of units 1, 3 and 11 in Tirana, Berisha revealed the reasons why "Foltorja" will protest on December 6. "Our protest, there is no sign of protest other than hospitality to EU leaders. But we must be honest, our protest is about an enemy of European values ??in Albania, who unfortunately, robbing the vote of the Albanians, represents the Albanians at that summit and this is Edi Rama. We come to that protest, with the mission to show Europe and the world that there are at least 1 thousand journalists, the truth, or the real Albania, the black truths of the monist regime of Edi Rama. Of Rama's regime, which by robbing citizens' votes and not at all deservedly, transforming the entire state into an electoral machine, using millions of narcoeuro to buy the vote, using gangs and restoring the system of patronage Nazis that in certain segments has functioned identically as red terrorists, he has stolen the votes of the Albanians and sits together with the leaders elected by the free vote of their people. In this context, our protest is the voice of the opposition people for European values ??and against an enemy of European values ??in Albania, which is Edi Rama", underlined Berisha.