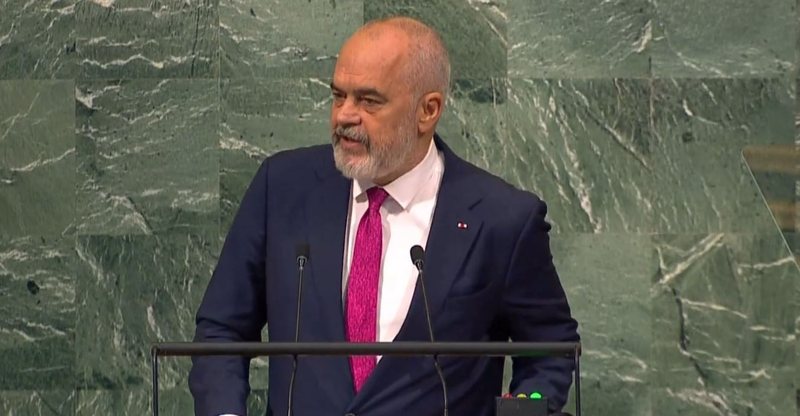 Prime Minister Edi Rama spoke during his speech at the General Assembly of the United Nations about Iran's cyber attack in our country.

Rama called on the UN to increase security to prevent such attacks in the future. He stopped at the attack launched in July against our country while adding that Albania had no other way but to cut diplomatic relations with Iran.

"The world has never been a peaceful place and there are many serious challenges that need to be addressed properly. Many countries have become subject to the seizure of power by force. At a time when a multitude of crises have plunged the world into turmoil, I ask the assembly on another issue, that of cyber security.

In Albania, 95% of services are offered online to save time, energy and improve quality. Last July, Albania was the subject of an unprovoked cyber attack that aimed to paralyze public services. An in-depth, long and comprehensive investigation conducted with world expertise has confirmed that the cyber attack was sponsored by Iran.

Faced with such a flagrant violation of norms in a time of peace, the Albanian government had no choice but to cut off relations with Iran. We hope this measure will be an example. We call on the UN to focus on cyber security and investing in prevention. Albania is a member of the Balkan Municipality, a part of Europe with a troubled history," said Rama.