"Rama is robbing Albanians of their wealth", Berisha criticizes the Prime Minister: Every abuse he commits and passes with jokes, he likes Vuçii si as a teenager on FB 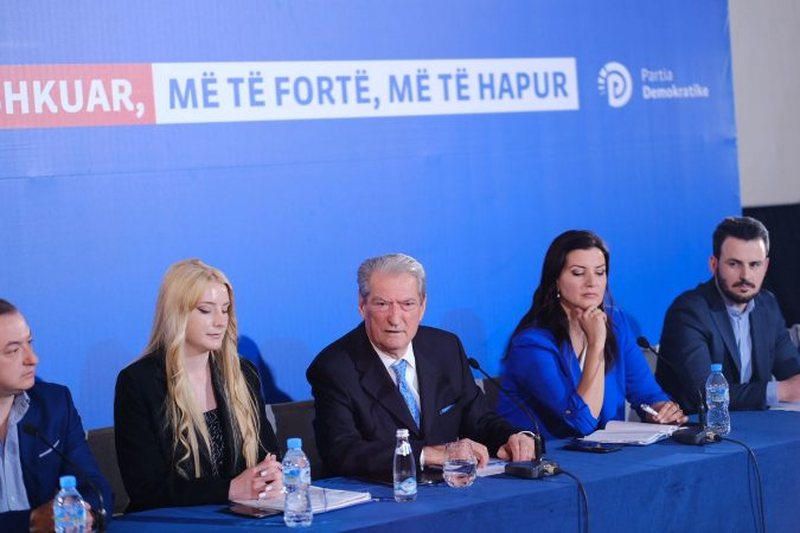 Former Prime Minister Sali Berisha has held a meeting with the Democrats in Korça, in the framework of the elections for the leader of the Democratic Party.

During the meeting, Berisha reacted with criticism to Prime Minister Edi Rama, emphasizing that he is robbing Albanians of their assets.

Berisha added that today the country has a real opposition that will face the Rama regime.

Also, the former prime minister did not leave without arrow the communication between Serbian President Aleksandar Vuçi. And Prime Minister Rama, about which he said: Vuçiç and Rama like each other as teenagers on Facebook, they like each other.

Excerpts from the speech of former Prime Minister Sali Berisha:

"Today we are the real opposition, we are not the façade opposition. In his first term, Rama replaced the rule of law with the drug state. I have denounced all the secret files of gangs and criminals. The country airport was used for the narcotics fleet and it happened. Cocaine shipments in Durrës have become weekly, the Port Guard of Durrës is the famous of Xibraka. Where is our European dream Albania as Europe. We did not create it, it is the doctrine of Albanian philosophy. A foundation was set up to administer the site, but thousands of other hectares were cut off from the park, 620 villas by Edi Rama's men, and Church land was taken from the bay of the monastery. So if it allows construction, return the Orthodox believers to the Monastery. But he has given a good part of it as a tourist resort, so he has given it to his people. He says I am 2 mi tall and does not steal, but he does not need to be tall because he steals with a signature. Every abuse he commits he spends with jokes. But the problem is that our wealth is being plundered and we are becoming like those for whom resources were cursed and we have to add them to the wealth for ourselves .. In all this we can say that there has been a lot of pressure and threats on you, but you joined the movement. We arose as people passionate about freedom, we arose because we consider pluralism vital to ourselves for our children for our future. We stood up on behalf of our future and our children. We rose with the belief that Albania will be made by Albanians. So today we are in a new station, as we were in '90 today we are in a new mission to get out of this autocratic regime and to walk safely towards European Albania. We have strong opponents, the government with all its criminal assets, its allies in the region. So Vucic and Rama like each other as teenagers on Facebook, they like each other. It is a real fact. We also have the mafia of George Soros… but we are in our right, our passion is the freedom of Albanians. We will stand as a strong movement that will make every Albanian together ".