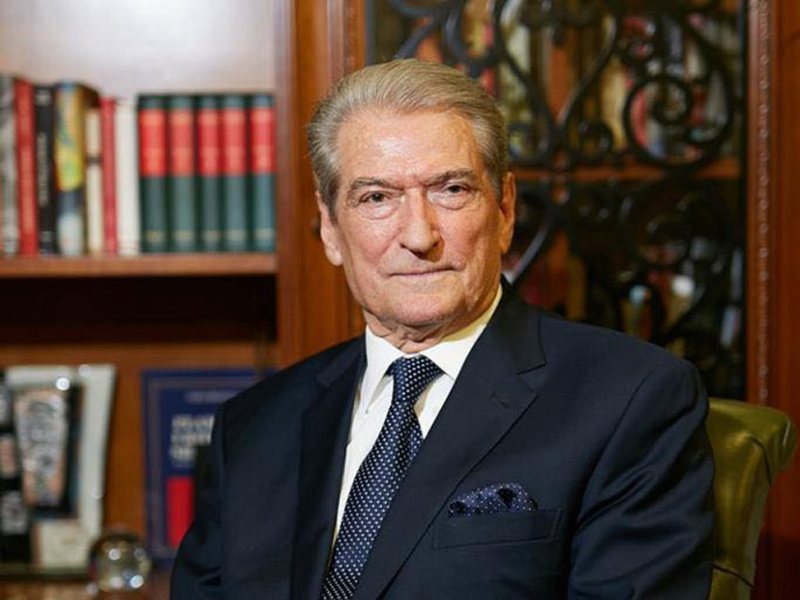 Former Prime Minister Sali Berisha has provoked again on the occasion of November 29, the Liberation Day of Albania. Through a republished and reworked article, he continues to lower the values ??of LANÇ and call the partisan war a fratricidal rather than a liberation war. Former Prime Minister Sali Berisha, says that this, according to him, has been proven with facts, while emphasizing that the Communist Party implemented during the war, according to him, a terrorist political line. "Historians and scholars have proved with indisputable documents that the Yugoslav leaders and their tool Enver Hoxha after September 1943 degraded the Albanian struggle against the invaders into a war mainly of civil fratricide and that the SNP as unanimously acknowledged by Enver Hoxha himself and the other leadership of this party in the second plenum of Berat implemented during the war a terrorist political line, thus acting as a terrorist organization. "Studies of recent decades based on countless documents have proven that Serbs, Enver Hoxha and their other Albanian vassals at the head of the Albanian partisan army committed genocide and serious crimes against Albanians during the war against the invaders," he said. Among other things, former Prime Minister Sali Berisha writes that these are truths which he cannot deny. He went on to say that for these crimes there should be punishments. "These truths about partisan warfare cannot be denied even by the genocide and crimes against humanity that the Albanian-Slavic communist leadership committed during the war and for which it deserves every punishment.

Berisha talks about the liberation of the country

Meanwhile, former Prime Minister Sali Berisha also spoke about the date of the country's liberation. He writes that it is not yet known exactly which date marks the liberation 28 or 29. Berisha went on to say that the country was liberated from the occupier, but the arrival of communist dictator Enver Hoxha in the breaks and his victory speech was an act of which many lives of boys and girls also sacrificed their lives. "We Albanians were really liberated, on November 28, 1944? In striving for an objective answer to this question we will find that the truth of our liberation and here I am not talking about the 28th or 29th, but of liberation as such is a two-page medal. On the one hand, it is true that, in relation to the German occupation, we were liberated after the Germans, losing the war, withdrew from Albania. On the same day, Enver Hoxha settled in Tirana with his government as the victor and delivered the long victory speech. "For this historic act, thousands of boys and girls, men and women of our nation sacrificed their lives and youth during the war, and tens of thousands of others fought bravely and resolutely against the Nazi occupiers," he said.

Local by-elections / The name is revealed, here is who will be the SP candidate in Debar