The President of the Republic is the organizer of the "coup d'etat" in the headquarters of the Democratic Party, the orientations he gave to Kellic during the violence of January 8 are revealed 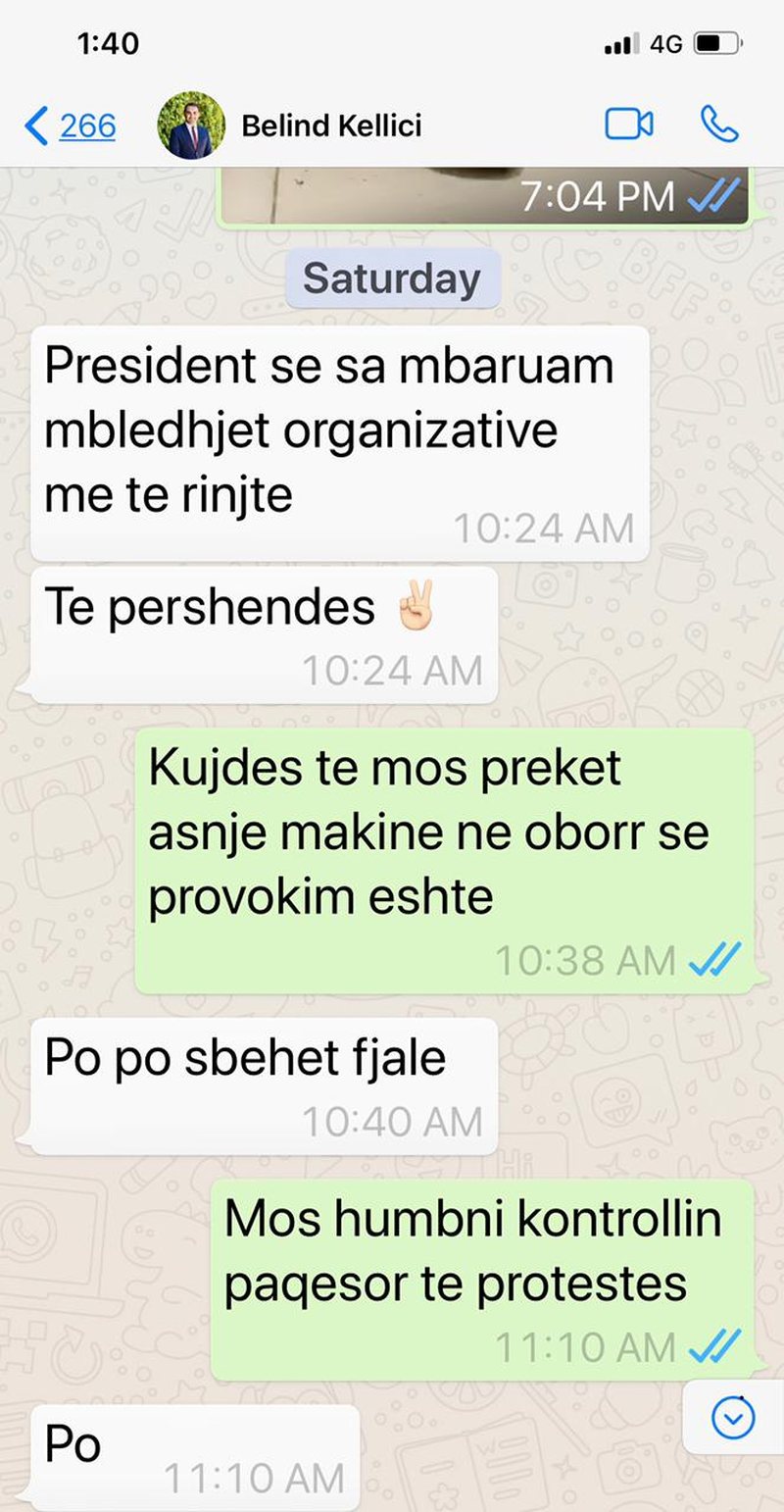 The scandal erupts with the January 8 protest in front of the Democratic Party. As alluded, President Ilir Meta was also involved in the rally that degraded into violence. The latter responded yesterday to the accusations of Basha and the Democratic Party but admitted that during all these days he has had contact with the deputies of "Foltore". Meta has published a communication with the Democratic MP Belind Këlliçi. In the early hours of the morning, shortly before the event, the president had instructed the deputy not to touch the cars with his hand during the protest, as according to him it was a provocation and the Democrats should not fall prey. Meta had also called on the deputy to be careful not to lose the peaceful control of the protest. "On Saturday at 10:24, when I saw the cars in the PD yard, I assessed it as a provocative moment. I called Mr. Belind and he did not answer, and then President tells me how we finished a meeting with the youth, to greet. I tell her, be careful not to touch any car in the yard as it is a provocation. He is telling me, it is not about. At 10:40 he answered me. Then at 11:10, 20 minutes before the door opened, I told him not to lose his peaceful control of the protest. He is telling me. "The president does not play double or triple games," said the president. With the publication of these messages, it is clear that in addition to friendly communication with the MP in question, Meta has also been involved in organizing the protest and its orientation. In this situation the question arises, what does the President of the Republic want in the internal concerns of the Democratic Party? All these events and his latest statements lead to the cooperative scenario Meta-Berisha.

President "encourages" Berisha: Stay at the top of the revolution