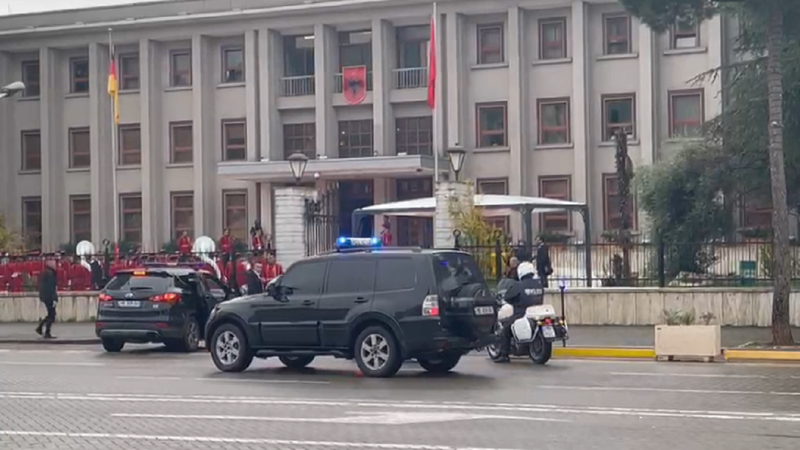 The President of the Federal Republic of Germany Frank-Walter Steinmeier conducts an official visit to Albania, where he arrived at the Presidency just a few moments ago.

Tirana is the second stop of Steinmeier's trip to the Balkans, where he also visited North Macedonia.

Just like the day before in Skopje, German President Frank-Walter Steinmeier in Tirana will demand that Albania resolutely follow the path to the European Union by implementing the necessary reforms for this process.

This has to do with the economy as well as justice and administration. The fight against corruption is also an important topic. Albania, like the other five countries of the Western Balkans, has been waiting for admission to the EU for almost two decades. This long wait has caused disillusionment with the EU to spread in politics as well as among the population.

In the progress report in October, the European Commission determined for Albania a "medium level" of the stage of preparations in important areas such as justice, public administration and the competitiveness of the economy.

Steinmeier will deliver a speech in the Parliament of Albania. A conversation with Prime Minister Edi Rama is also planned. German President Steinmeier will stay in Albania for two days, where meetings and other activities are planned during the second day of the visit.