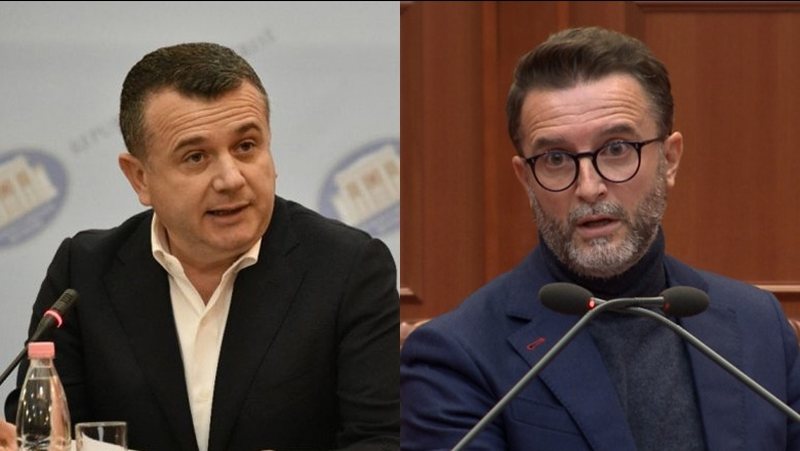 Within the Socialist Party, the conflict between Fier MP Erion Braçe and the chairman of the Socialist Party parliamentary group, Taulant Balla, has been openly revealed. On social networks, the former deputy prime minister openly accused the senior official of the ruling party of having removed his amendment for the support of farmers from the work calendar of the parliamentary committees. Brace considered Balla's action as a sign of ignorance, malice and abuse of political power within the party. Taking into account the continuous criticism for some time with the Minister of Agriculture Frida Krifca for the diversion of subsidies to farmers, etc. and the overthrow of one of his amendments by the socialists themselves last week in the Assembly, Braçe warned that he may withdraw from politics in this situation.

Brace: Balla revealed that I am against the government and its policies

In his status published on social networks, the socialist deputy denounced the chairman of the parliamentary group of the ruling party for removing from the order of discussions of the parliamentary committees his proposal that the collectors and sellers of agricultural products return the money owed to the farmers within 50 days. Braçe mocked Balla by saying that he has removed his amendment to the law after discovering that he has already become an opponent of the government and the party. "In the law today, we only have a deadline to protect traders, the relationship between them, nothing for the farmer in relation to the trader. Since June, the legal proposal I made has been blocked; 5 weeks ago the proposal was on the calendar to be discussed in the committees of the plenary session, but again it was illegally blocked out of any parliamentary procedure, from the chairman of the parliamentary group of the Socialist Party! Why? Because he, exactly, has discovered that I am against the government of the Socialist Party and that the law contradicts its policies!", wrote Braçe first.

Braçe: The wicked and ignorant Balla ordered SP deputies to vote against me in the Assembly

The future, Brace: Time to look for another job!

In the end, Braçe repeated what he published last week on social networks after his socialist colleagues overthrew him in an amendment for the non-exemption of 5-star hotels from VAT, that it is time to engage in another job. This has been interpreted as handing over the MP's mandate and withdrawing from politics, but he has not yet clarified what he will do concretely in the future, will he continue to stay in the SP not as a MP, or will he engage in another activity. "At this point, I have a question: What should a deputy do to do his job, to protect the workers of the broader sector of the national economy, agriculture? I tell them myself: He must look for another job! Air!", Brace closes his status.