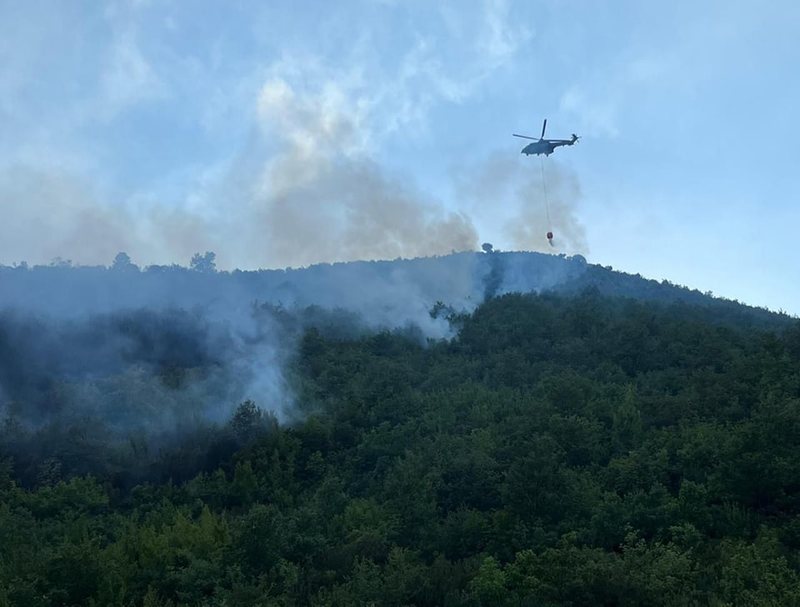 The situation is escalating in Dushkarak of Selenica where the flames have reached large proportions and intervention from the air was needed.

The Minister of Defense, Niko Peleshi, has called on the residents near the fires to evacuate, as requested by the authorities.

Atmospheric conditions, strong wind in some cases are making it difficult for the operation forces on the ground, in the face of the fires. The situation in the village of Dushkarak in the Selenicë municipality is problematic, where the Air Force helicopter is intervening from the air. We call on the residents who are near the fires to evacuate in case this is requested by the authorities.