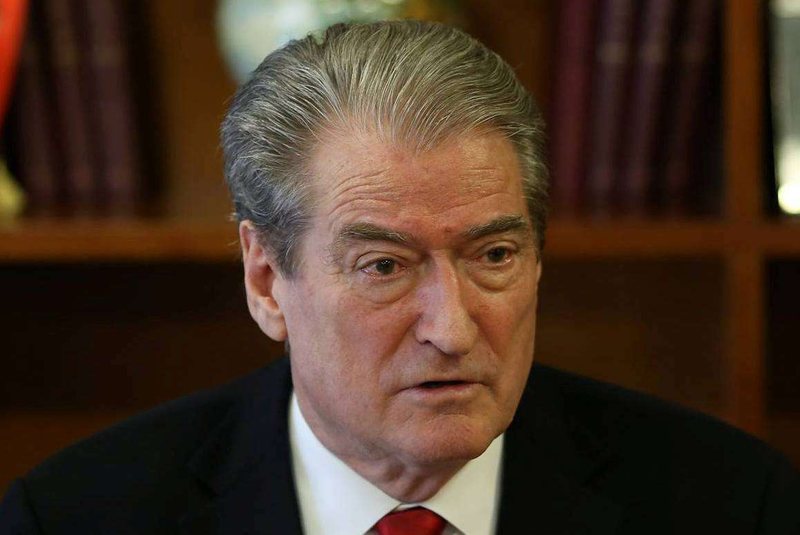 The Democratic Party today changed its representatives in the posts of the Assembly.

Excerpts from the interview on Vizion Plus

Berisha: We will be completely against Rama. Basha is Rama's bark. Edi Rama and Lulzim Basha think that he got the last important voice against him, but that day proved the real opposition. This opposition will grow more for his downfall.

Question: It is you and 13 deputies. Thinking of creating another group?

Berisha: Those who feel like PD deputies, to join their voters, their party. Get away from Lul Brava. They are totally in function of Edi Rama. You saw yesterday in Fier how a self-proclaimed mayor of Fier, was the winner of the tenders of the socialist municipality. I am not against the business of the Democrats, but I am against their cooperation in corruption with the Socialists. I trust the reasoning of the deputies. They can not stand next to the one who throws gas.

Question: Have you met Tomorr Alizot?

Berisha: I met him a month ago and he has his views. The problem here is not to choose between me and Lulzim Brava, but for the DP. They do not need to be called deputies of Berisha, but of the Democratic Party.

Berisha: I assess it as an act of seriousness and integrity. Can Alfred Rushaj, Jorida Tabaku, these deputies accept 1900 for 5400? Is there a greater shame than this? This is a crime, public forgery. Punishable crime. How can they accept. Lulzim Basha tells the Albanians that I was not challenged by 4400 delegates or 44 thousand members, but here I have 5000 delegates, but that hall has 1900 chairs. I ask these deputies and I am convinced that they will achieve this. They understand that this is a black record that will be remembered in history. A mortgage man cheats and declares 1900 for 5400. Can these honorable ladies and gentlemen stand on this basis? Their absolute interest is to return to the DP. Otherwise, if they hold such an attitude, they commit "political suicide".

I have not undertaken to influence any of them.