"The fiscal package hits the weakest", Erion Braçe with revolted tones in the Assembly: To be excluded ... 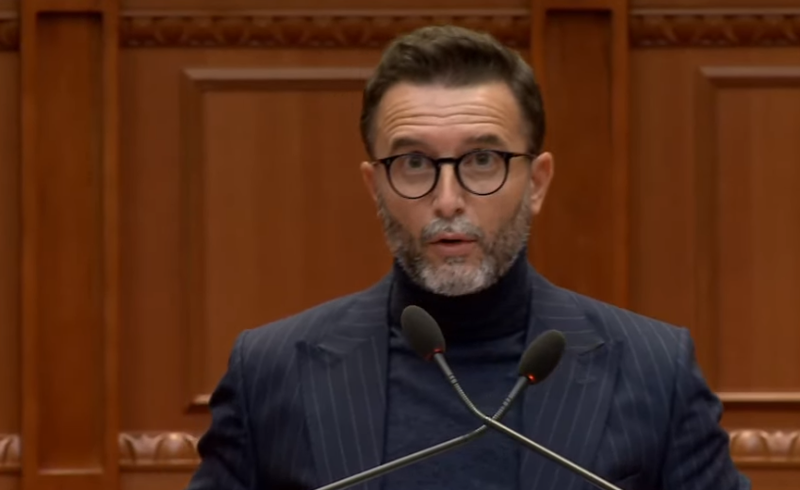 SP MP Erion Brace has presented a series of amendments to the Assembly, which according to him should be included in the new fiscal package. Saying that with this package presented by the government, the weakest has been hit, Brace has asked to remove the TSVH favoritism for 5-star hotels, because according to him, the favor we have done to you by allowing casinos is enough.

"I have submitted over 10 amendments, I will present them one by one. The law on value added tax, I have requested the start of shortening the list of exclusion of the fiscal list, I would like to propose in the law on VAT to remove these two exceptions: The abolition of the reduced rate of 6% value added tax on all supplies in 5-star hotels, each supply within these hotels, pay only 6% VAT unlike any other customer, including the family starting "This measure was taken in the past years to attract investment, but I think that one favor is enough, what we have given the right to organize games of chance and casinos in their premises," he said. Braces.

The other proposal is to remove the favor made in the construction sector for residential areas and on the coast. Brace said that by imposing VAT on the supply of land and the first sale of the building, the occupation is also prohibited.

"I have proposed lifting the exemption for the supply of land for construction purposes and with a building for all residential areas set up outside the cities and on the coastline. Entrepreneurs operating in this field have been given the favor of granting strategic investor status in these areas, and have been given the second favor that has costs for tourism and is occupying large territories of the coastline and for most of the months. is a house bought by those who have first assets. "But the land is finite, in order to curb the occupation of the land for such purposes, of course it is worthwhile for us to tax with VAT both the supply of land and that of the building for first sale", he said.

As he did in the Economy committee, Brace read the report of the draft law on VAT in 2014, when the government proposed equalizing VAT for farmers on sale and purchase 20/20%, when the government said it would help the sector. In the rostrum of the Assembly, the SP MP said that the abolition of 6% VAT compensation and input taxation will cause great losses for farmers.

"The most important is the VAT scheme for farmers, farmers. The government makes zero compensation to the farmer. The problem is with the farmer and the collector, the exporter with zero VAT is exempt from these problems. With 20% VAT on sale, the loss for the collector it's big, "Brace added.

According to him, only 2 billion ALL are needed to directly reimburse farmers for VAT.

"In the law on the national tax, the exception made in this law for the factories that use powdered milk, nullifies the good intention of this law. Today there is no factory in Albania to write that produces yogurt with powdered milk. The market is distorted and not powdered milk, but the one that is being used is whey. I have proposed that the exemption for large processing plants be lifted and subject to tax. As powdered milk is used, palm oil is also used, I have proposed a tax of 1500 lek per liter for palm oil to be treated the same and become economically useless to be used or mixed in dairy products. , said Brace.

After the video that circulated quickly, Agron Llakaj does not get angry with the president, announces the unexpected challenge to Ilir Meta