The lawsuit against the media, Gazment Bardhi will be addressed to the Court: Keep your personal troubles in your homes, not in the house of the Democrats 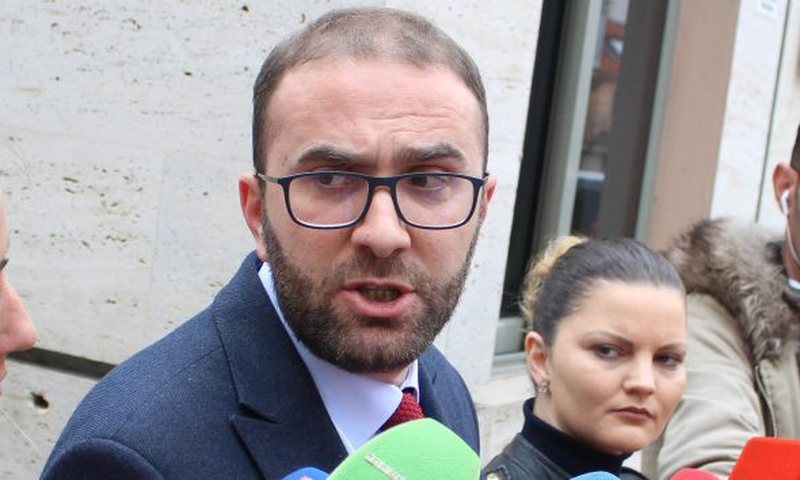 Democrat leader Lulizm Basha announced that he will file a criminal complaint against the newspaper "Mapo", because in an article of the latter, Basha was accused of having traveled twice to the Netherlands together with the businessman Klodian Zoto, to whom he had also imposed a fine.

After Basha, now the General Secretary of the Democratic Party, Gazment Bardhi, has announced that he will sue the portal "Syri.net", because the latter had published a news which showed that Bardhi had liked the photo of Alex Soros, son of philanthropist George Soros.

According to Bardhi, that photo is mounted in order to hit him, while he adds that he will not allow anyone to focus on exercising responsibilities before the Democrats.

When I decided to get involved in politics, I did so with the belief that I represent a lot of honest, integrity, dedicated and professional young people who want to do something good for the country. I have not regretted a single moment, though this year, more than ever before I have encountered political situations and attacks, mostly slander to denigrate my figure. Most of the time I feel like laughing, but there are also times when I revolt with the injustice, wickedness and high intensity of ignorance and vulgarity contained in the attacks.

One of these cases is today's slander, in my address from Syri.net. It is unfortunate how the personal plight of the portal executives has degraded it so quickly. After almost 3 months of personal attacks, today they have reached the lowest human level, inventing a photomontage, worthy of the State Security. A mercenary meme, published on social networks, Syri.net has fabricated as news to hit me for the mere fact that I can not cry the great personal grief that has occupied the leaders of the portal.

When I got into politics, I decided not to give any importance to fake news about me, but this case has made me reflect. I will not allow my morals, my human dignity and even less my family to be violated because of my political position! I will never allow anyone, with mafia mechanisms, like today, to defocus me in the exercise of responsibilities before the Democrats. For this reason, I have decided to file criminal charges for defamation and civil charges for insult against the portal Syri.net.

Anyone on Syri.net or his visible and invisible allies, who think that he will intimidate me with fabrications, photomontages, insults and swearing, is seriously mistaken! You will have to keep personal worries and problems in your own home, not the Democrats' home!