His lawsuit against the former president, Halit Valteri, makes a strong statement: Beware Meta will kill you! 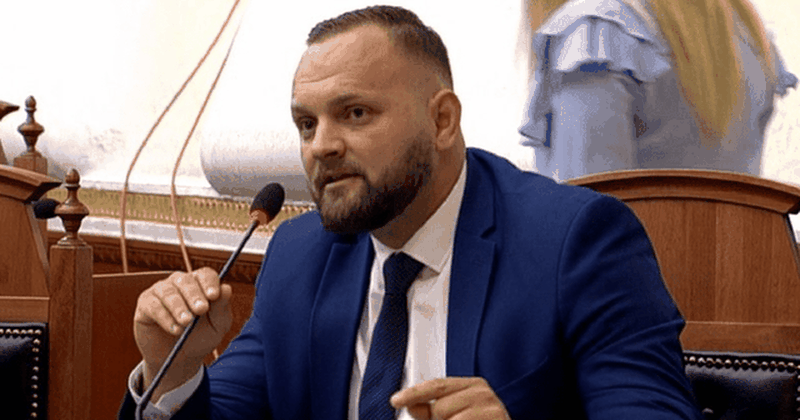 Invited today to 'Zone Zero' was ex-MP Halit Valteri, who commented on all the accusations he recently directed at ex-President Ilir Meta, related to a lobbying carried out in the USA with an amount of 1.2 million dollars.

In his speech, Valteri stated that he has been dealing with this issue for almost 4 years and all the documents he has submitted to SPAK have been verified, as he describes this as a lawsuit against all Albanians and not only himself. his.

"I have been dealing with this issue for 4 years and I have verified all the documents.

This is not my lawsuit but that of all Albanians," Valteri said from a skype connection with the studio.

Among other things, during the conversation with the journalist Thimi Samarxhiu, Valteri has shown that on his accounts in social networks but also on his personal mobile phone number, he often receives messages from different people warning him that "Meta will kill you".

"Beware that Meta kills you.

These people who go, go because they have suffered at the expense of this thing. I don't deal with them at all like the work of Iliri, but they have put fear in the core of people. They use crime and the mafia to maintain their status quo. SPAK seems to take measures and start investigations to bring the most corrupt man in the country to justice an hour ago. Meta has a problem with any angle that doesn't think like him. For me, let Rama, Meta, Basha, Berisha, every person who stole this country, go to prison. But those who make accusations and do nothing to maintain these accusations are known to have agreed on these accusations to maintain the status quo. We have been listening to these political puns for 30 years and this is also seen from the interest of people in politics and the fact that they are not many in number at the time of the elections," Valteri added.

The High Inspector of Justice met with the EU ambassador, the conversation became clear, here is the important issue that was discussed