"People are escalating and killing like nowhere in Europe" / The Prime Minister debates with the commentator: You are very wrong ... 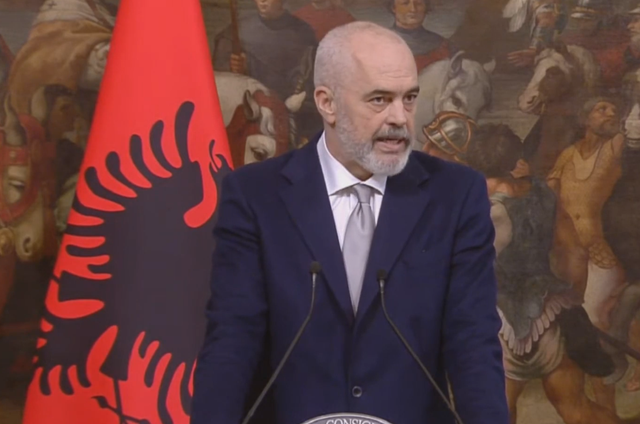 Our country in recent days has been shaken by some serious crime events where public opinion has been very revolted. Although the Prime Minister of the country in a comment made says that Albania is a country with average crime in Europe.

While replying to a commenter about the increase of salaries in the country and the situation of crime in the country, Rama says that salaries will continue to increase, not with talk but with effort and patience.

Commentator: Open jobs, sir, increase salaries because people are escalating in Albania, they are killing the innocent, only theft and crimes are happening, not even in the whole of Europe, because they happen so much more than in Albania

Edi Rama: You are very wrong, Albania Al, that Albania enters among the countries with average crime in Europe, while salaries increase with work and development, as they have increased and will continue to increase step by step, not with talk but I can and patiently! 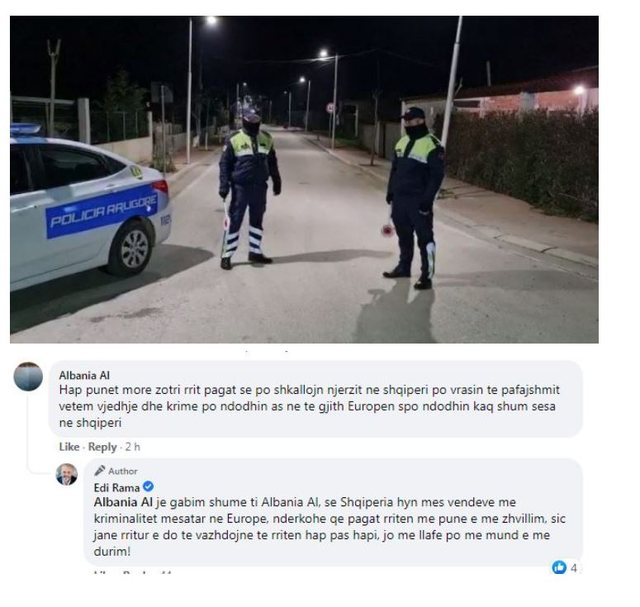