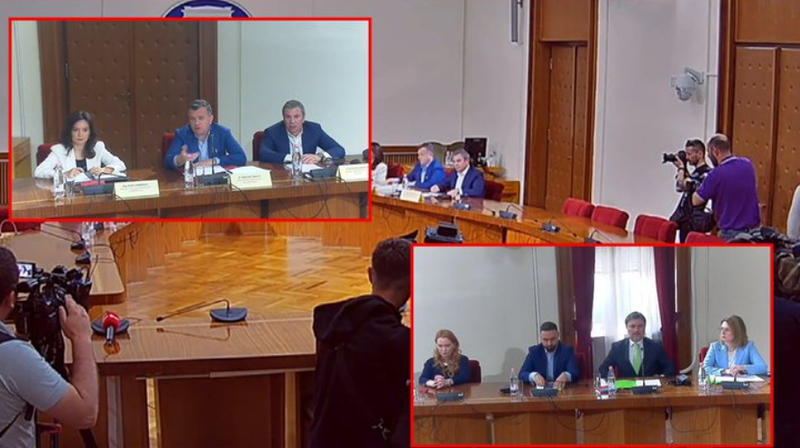 The opposition and the majority are sitting today to talk about the new president. The talks started shortly after 10:00 in the Presidency of the Assembly in the presence of cameras, as requested by Enkelejd Alibeaj the day before.

Meanwhile, since the first round failed without any proposed name, it is expected that today the possible candidates for the post of head of state will be put on the table.

In this meeting will be discussed the document with the proposals of the leader of the democratic parliamentary group Enkelejd Alibeaj.

The head of the socialist parliamentary group, Taulant Balla, said that the majority does not accept the condition set in this document for the opposition to nominate four candidates.

Taulant Balla: Let us also say our views on the document. The PD parliamentary group has presented a document on the process of electing the President. At the conference of Presidents yesterday, I asked Mr. Alibeaj to agree to start the discussion on this document, since this condition, which is only stated here that only the parliamentary opposition has the right to nominate 4 candidates, is a condition that we do not accept.

But by the time we get to that point it would be good for the public to understand what we are talking about.

Someone present that document but we will say our proposals as you said you are ready it is an open working document aiming at inclusion. Inclusion is achieved by accepting the suggestions of others.