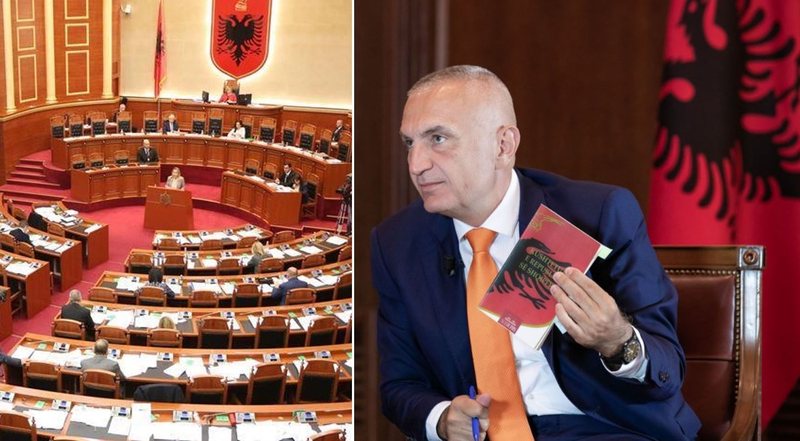 Parliament votes to set up a Commission of Inquiry into the dismissal of President Ilir Meta.

It is learned that 97 deputies voted in favor and 6 others against and one abstention. This draft decision proposed by the Law Commission received 98 votes in favor, 5 against and 2 deputies abstained.

Nine deputies will form the commission that will investigate Meta for the violations allegedly committed before and during the election campaign. The chairman will be the socialist deputy Alket Hyseni, while the deputy chairman will be Myslim Murrizi of the opposition. Socialist MP Klotilda Busha will be the secretary of the Commission of Inquiry. Meanwhile, there will be 6 other members who are MPs Vasilika Hysi, Elena Xhina, Spartak Braho, Halil Jakimi, Nikolin Staka and Arlind Çaçani.

3 other deputies have been appointed for replacement: Ermonela Felaj, Xhemal Qefaliaj and Eugen Bojaxhiu. It will be these deputies who will investigate the president and finally approve a report if there are reasons for Meta's dismissal.

The object of the work of this Commission of Inquiry is to investigate and verify whether the acts committed and statements given by the President of the Republic during the period before and during the election campaign, as well as on the day of election silence 2021 constitute a serious violation of the Constitution.

With the establishment of this Commission, the Assembly begins investigations into the statements of the head of state, made before, during and after the 2021 elections.